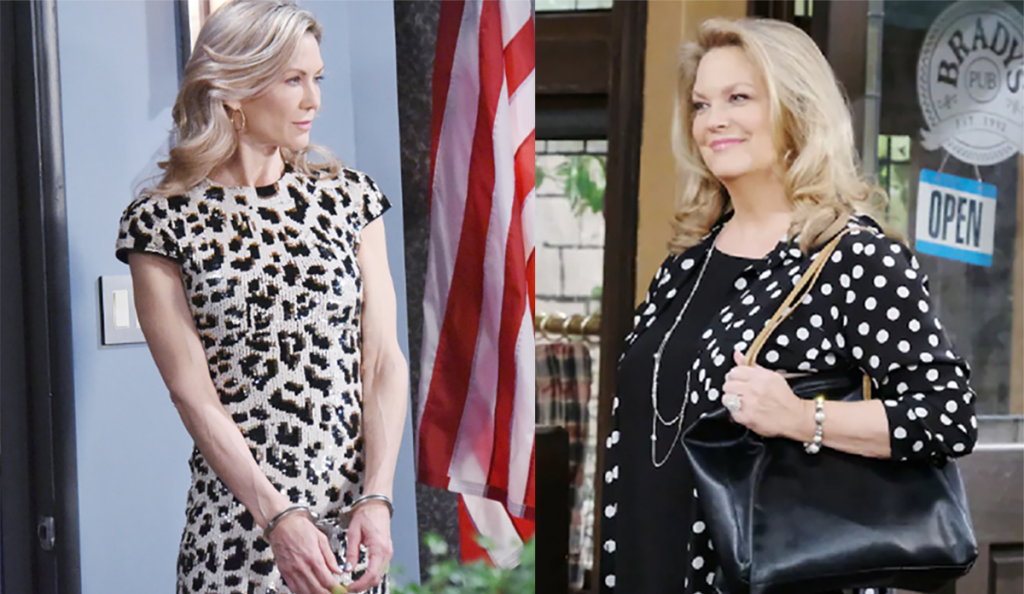 Days of our Lives (DOOL) spoilers tease that recently returned from the dead Tony DiMera (Thaoo Penghlis) has found himself behind bars! Days viewers know that Kristen (Stacey Haiduk) brought Tony to Salem to assist in her plan to take over DiMera Enterprises. Here’s what you need to know.

In the process, Ted Laurent (Giles Marini) confronted Kristen and Tony. There ended up being a struggle for a gun and Ted ended up fatally shot.

Ted and Tony struggled for the gun, and it could be argued that it was an act of self defense. Furthermore, Kristen was threatening the life of Tony’s one true love, Anna (LeAnn Hunley) if he didn’t go along with Kristen’s increasingly bizarre schemes. But now, Kristen has made an immunity deal and is going free. But what about Tony? Will he be able to go free as well?

Melinda Trask (Laura Kai Chen) has recently returned to the role of District Attorney and has already had to give out immunity deals to Kristen as well as Xander (Paul Tefler) and has no intention to help Tony in a similar manner. Melinda has always taken a hard approach to crime, and is surely upset that her hands are tied with Kristen and Xander). So where does that leave Tony?

Tony is currently still facing charges, but Anna is not about to give up the love of her life after over a decade of being separated. She has waited a long time to be with Tony and she isn’t going to let anything keep their reunion from having a happy ending. To those means, she will go to Kristen for help. But will Kristen be willing?

Viewers will recall that Kristen’s plans all failed. She lost her bid for DiMera Enterprises and as of yet Brady (Eric Martsolf) isn’t returning her advances. Kristen may not be willing to help her unwitting partner unless there is something in it for her. And what will Kristen want? Brady Black of course!

Anna may point out to Kristen that doing the right thing and helping Tony escape these charges, will score big points with Brady. If Anna can convince Kristen that helping Tony will win her the love of Brady, then Kristen may see this as the opportunity she has been looking for.

Days Of Our Lives Spoilers: Chabby In Paris – Who is Trying to Destroy ‘Chabby’ Marriage — and Why? https://t.co/HZAdkzn7hF pic.twitter.com/R6Dx6dg60d

Days of our Lives viewers know that Kristin has a huge blind spot when it comes to Brady. If testifying that Ted’s death was an accident or self-defense will get Brady back in her bed, then Kristen will absolutely do it.

Will Kristen’s testimony be enough to free Tony? Will Tony and Anna finally get their happy ending? In Salem, anything can happen. No matter what, we can be assured of some exciting scenes coming up on the NBC soap. Stay tuned and watch Days of Our Lives every weekday on NBC!