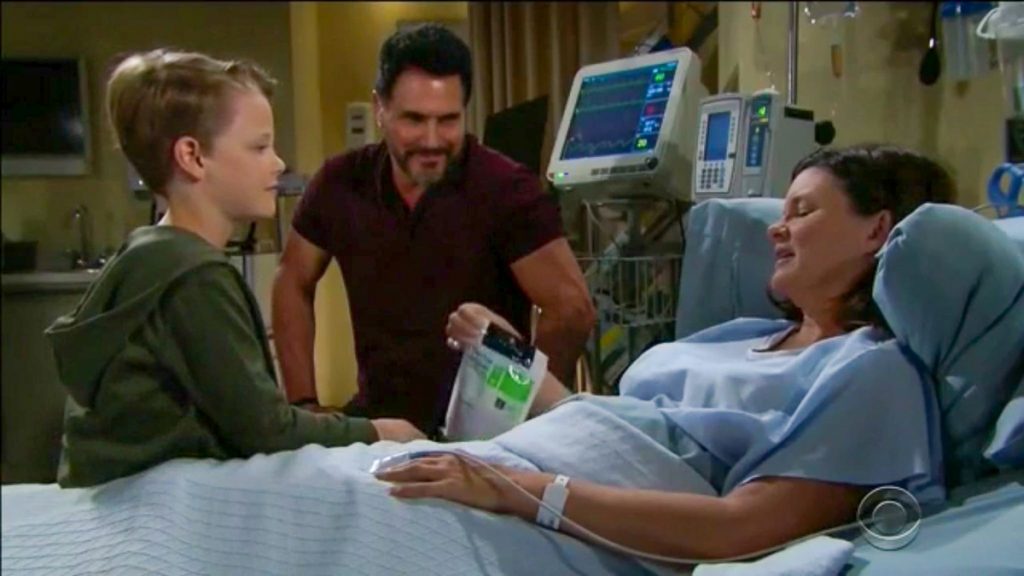 The Bold and the Beautiful spoilers reveal Flo Fulton (Katrina Bowden) is still an outcast. However, it appears that Bill Spencer (Don Diamont) has a new perspective on the woman who saved Katie Logan’s (Heather Tom) life. While talking to Wyatt Spencer (Darin Brooks) about relationships, Bill defends Flo.

B&B spoilers tease that Flo hasn’t given up on reconciling with Wyatt. She realizes that her relationship is gone due to her mistakes. However, she has faith that one day she will be back in Wyatt’s arms. Even Sally Spectra’s (Courtney Hope) engagement hasn’t changed that.

Recently, Quinn Forrester (Rena Sofer) found out that Wyatt proposed to Sally. She wasn’t thrilled by the news and tried to reason with her son. However, he wouldn’t change his mind about marrying Sally. Even though he claims to love her, he might not be admitting to his real feelings. Speaking to Soap Opera Digest, Darin Brooks teased that mother really might know best in this situation.

The actor explained that Wyatt will do things just to spite his mother. Even though he wants her to stay out of his personal life, Quinn could be right. Despite his engagement to Sally, Quinn is correct about Wyatt’s feelings for Flo. He just doesn’t want to admit it.

Not getting anywhere with her son, Quinn sends in reinforcements. She asks Bill Spencer to talk to Wyatt about his love life. While discussing Flo, Bill has positive things to say about the outcast. He feels eternally grateful for her organ donation, which saved Katie’s life.

The Bold and the Beautiful spoilers reveal that the two discuss Flo’s kidney donation. Wyatt is still stunned by the generous gift. He says that the selfless act is the woman he remembers. Bill is quick to point out that it’s because Flo is the woman he loved.

B&B spoilers suggest that Wyatt will be conflicted about what to do next. His conversation with Bill makes him realize he still has feelings for Flo. Now what is he going to do about his conflicted heart?

“Their exchange makes Wyatt realize how much he still loves Flo, and that the genuine Flo is the most kind and giving person he’s ever met. It’s a real dilemma.”

While he is finally admitting to still loving Flo, he also cares for Sally. He already proposed to her and they are planning a life together. He broke her heart once before and it was difficult for her to trust again. But eventually, she opened up and made herself vulnerable with him. How can he stay true to his feelings without shredding Sally’s heart? With the character having a history of playing romantic ping-pong with Sally and Flo, Wyatt needs to make up his mind.