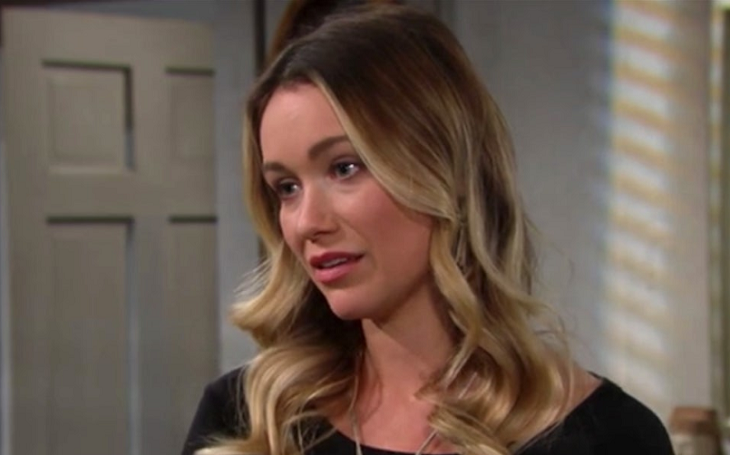 It once again begins at the cliff house, where little Douglas tells Liam that he knows where Beth is. Liam thinks that the boy is confused and says that Beth is in heaven. Douglas goes inside Phoebe’s room while Liam tells Steffy Forrester (Jacqueline MacInnes Wood) that he thinks Beth is alive. Douglas looks at Phoebe in her crib and says I know you are Beth. Douglas than explains that Phoebe is Beth, leaving Liam startled.

Back at their hotel, Thomas gets a phone call. Hope wants him to pick up the phone in case it has something to do with Douglas but Thomas just gets more and more aggressive in his kissing as he’s trying to make out with Hope. She pulls away and tells him that while she knows what his expectations are, she’s just not ready yet. Thomas says that he is being tortured over this. Hope says that she appreciates everything he’s done for her and for also bringing Douglas into her life.

Thomas gets angry and tells Hope to stop mentioning Douglas’ name. He apologizes for his outburst but admits that he’s frustrated that they can’t have a conversation without talking about the little boy. Thomas also says that he wants her so much that he can’t take it anymore. Hope then takes a step back and starts talking about Beth and how much she misses her. Thomas gets upset again and tells her that there’s nothing she can do and that Beth is not coming back.

At Forrester Creations, the Logan ladies are talking about Hope’s marriage to Thomas. Brooke admits that she wishes she could have stopped the marriage but Hope was adamant about doing the right thing for Douglas. Donna points out that Hope is devoted to children while Katie worries that Thomas might have high expectations for her sister. Brooke keeps repeating that Hope has made a huge mistake by marrying Thomas.

The Bold and the Beautiful Rumors: Steffy’s Pregnant, Liam Becomes a Father For The Third Time? @celebratesoaps https://t.co/O0CEvGTBfy

Flo then appears and tells the ladies that she agrees with them. Brooke finds out that Thomas has taken Hope on a honeymoon. Everyone believes that the marriage is doomed. Flo then learns that Thomas has a very dark history and that he set Brooke’s son’s house on fire. She looks worried as the ladies continue to talk about how Thomas is nothing but a nightmare. Flo then storms out.