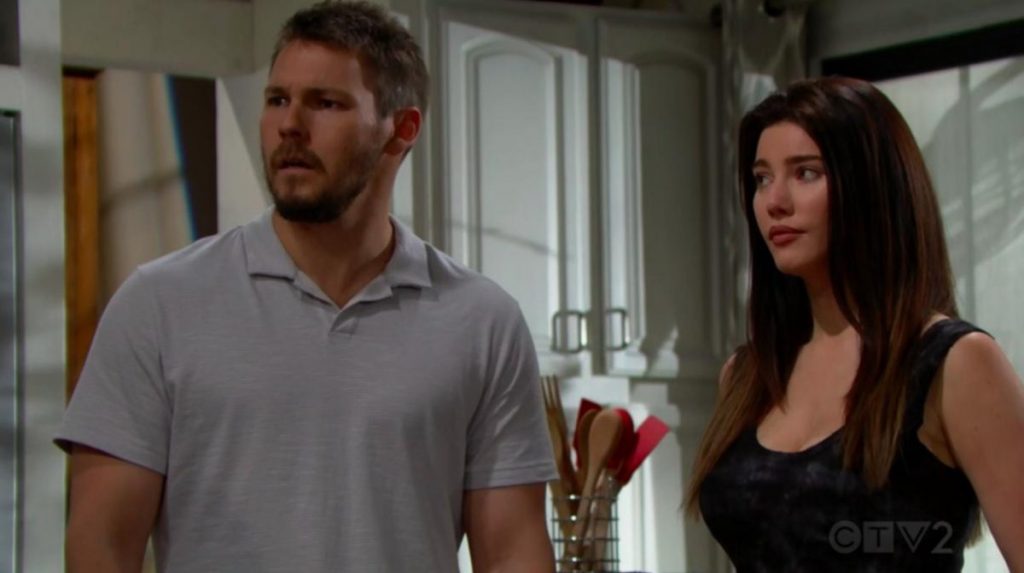 “The Bold and the Beautiful” (BB) spoilers for Thursday, July 25, 2019 tease that we will have a day filled with one tells a story, another becomes unsettled, and let’s not forget plenty of drama. We have a very exciting day coming up and you will not want to miss a moment of the action!

B&B’s Liam Spencer (Scott Clifton) has Steffy Forrester Spencer (Jacqueline Wood) tell him the story of Phoebe after she finds him looking at her adoption papers. After speaking to his brother, Wyatt Spencer (Darin Brooks), Liam will have more questions than ever now about baby Phoebe and how the adoption went down. Wyatt recently revealed to Liam that he and Flo Fulton (Katrina Bowden) had a conversation and that Flo slipped up and made out like she had never had a kid before. It made Wyatt very suspicious and he thought it was worth letting Liam know so he could look into it.

Bold and The Beautiful Spoilers: Liam Spencer Digs For Information

Liam Spencer will start digging for more information surrounding Flo Fulton’s past and who all was involved in the adoption process. Liam is very scared after hearing that Thomas Forrester (Matthew Atkinson) and Flo have a secret and that it could be something that could hurt Hope Logan Forrester (Annika Noelle) and Steffy Forrester Spencer.

He does not want to see either of these ladies hurt and will do whatever it takes to keep that from happening. He wants to figure out what is going on so he can spare them of any pain it may bring to them. Now he knows there is definitely something up regarding baby Phoebe he will be more determined to get to the bottom of things. Do you B&B fans think that Liam will uncover the truth?

Other “Bold and the Beautiful” spoilers suggest that Hope Logan Spencer becomes unsettled when Thomas Forrester reveals his plans for their “staycation.” Thomas has been wanting some alone time with Hope and has kept on trying to get that. He is starting to get impatient with Hope and just wants them to be together in every way possible. Hope has told him repeatedly that she is not ready to take the next step, but now he is going to try to get her to change her mind.

The Bold and the Beautiful Spoilers: Is Thomas Going To A Mental Hospital Or Prison? https://t.co/WnVmqodHEs pic.twitter.com/SgGKFc2bby

Thomas wants them to stay in away from everyone so he can have Hope all to himself. He is afraid that she is starting to have a change of heart and does not want to take any chances of losing her. Do you B&B fans think that Thomas may become possessive over Hope? Make sure to stay tuned to CBS “The Bold and the Beautiful” to see how this all unfolds.

Days of Our Lives Spoilers, Thursday July 25: Jack Cuts The Cord On Eve – Stefan And Gabi Plot Against Nicole