It begins at the Forrester mansion, where Thomas Forrester (Matthew Atkinson) learns that his sister Steffy Forrester (Jacqueline MacInnes Wood) has been raising Hope’s baby this entire time. He is absolutely dumbstruck when Flo explains that Dr. Buckingham lied about the entire ordeal. She also says that Zoe’s father did all of this in order to pay off his gambling debts. Flo admits that she hates that she played such a huge role in all of this. Thomas looks more confused as ever, as he doesn’t know what to do with the truth, either.

At Brooke’s place, Hope tells her that she pulled the plug on her marriage because she wanted to do what was best for the kids. She repeats once again that her marriage died the same night that Beth died on Catalina Island. Brooke then learns that Xander made a last-minute appeal before she and Liam signed their annulment papers. Hope then points out that Xander didn’t stick around, despite his last-minute appeal. Despite his efforts, Hope says that nothing would have stopped her at this point. 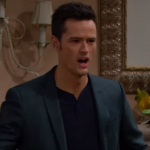 Bold ANd Beautiful Spoilers– Zoe’s In Panic Mode Over Xander

At Forrester Creations, Zoe learns that Xander did not tell Hope and Liam the truth about Beth but that he is going to do it anyway. Xander was close to telling them that Baby Beth is still alive, but points out that Thomas was there and that his car alarm went off. Zoe admits that she feels tormented inside over this secret but that she can’t say anything.

Everyone involved will end up going to prison, including Flo and her father. The two of them argue, with Xander pressing Zoe to do the right thing. Hope and Liam are splitting up because they think that their baby is dead. Zoe starts to cry and Xander admits that he’s worried about her. Zoe’s scared that her entire life is going to change. What’s more, she’s also worried about Steffy and how she will feel when Phoebe is taken away from her. Xander pleads with her that they need to make things right.