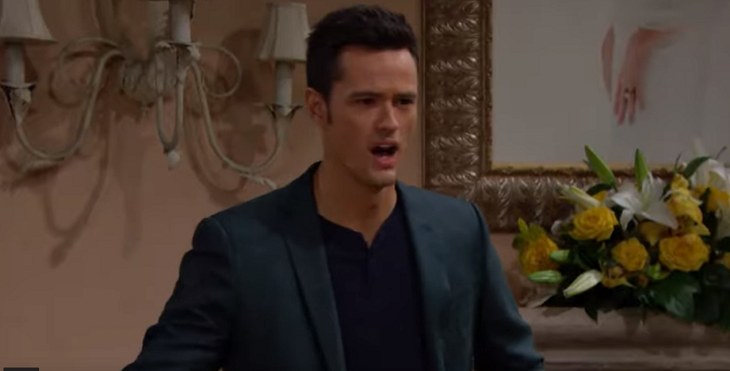 The Bold and the Beautiful (B&B) spoilers for Tuesday, June 11 tease that more baby drama is ahead. Zoe Buckingham (Kiara Barnes) questions Xander Avant’s (Adain Bradley) loyalty. She wonders if she can trust him to keep the secret about Beth Spencer.

Zoe feels unsafe with Xander knowing the secret about Beth. B&B spoilers tease that Xander told her that he didn’t tell Hope the truth because Thomas blocked him. He revealed that he fully intended to be upfront. However, Xander will share that he led Thomas straight to Flo Fulton (Katrina Bowden) and he wouldn’t be surprised if he got the truth out of her.

Zoe worries that Xander will go to Hope and Liam Spencer (Scott Clifton) about the secret. And, she tries to guilt trip him by stating that if he tells anyone, she and Flo will go to jail.

Xander doesn’t like that idea but he doesn’t want to keep quiet about this either. He thinks that they must know the truth and they need to know ASAP.

It doesn’t take Thomas long to realize that his sister Steffy adopted Hope’s baby. He will wonder how he can reveal the truth without hurting someone he loves. If he tells Hope, Steffy will lose her daughter. However, if he keeps it to himself, Hope will forever be broken over the loss of Beth.

It puts him in a tough spot and he isn’t sure what to do. And, it only gets worse after Steffy makes an announcement later in the week about Phoebe. It will add to Thomas’ guilt and led him to make a surprising move. It will be something that will the B&B fans shocked.

Do you think Thomas will tell Steffy that Phoebe is really Beth? Don’t forget to come back later for more The Bold and the Beautiful (B&B) spoilers, news, and casting updates!