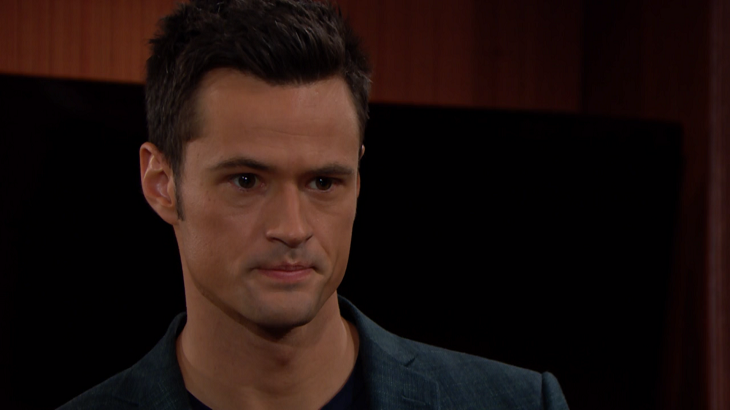 It begins at the cabin, Thomas is trying to convince Hope that it’s time to move on. He points out that Hope has done the same thing and hints that they should be together. Back at the mansion, Ridge is with Brooke. He gets off the phone with Steffy Forrester (Jacqueline MacInnes Wood). They go over some of Thomas’ designs for Hope For The Future but Brooke makes it pretty clear that she’s not impressed with them.

Brooke then mentions that Hope hasn’t been herself ever since Baby Beth died. Ridge doesn’t think that they should get involved in their children’s lives. Brooke wants to go away on ta trip, but she can’t leave Hope right now. Ridge also says that he wants to stick around for Thomas, while Brooke admits that she has her reservations about him. 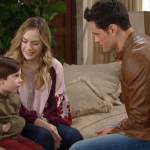 At the cliffhouse, Steffy gets off the phone with Ridge just as Liam walks in the door. Liam says that he wants to help out with the girls as much as he can and that he doesn’t mind it if she “uses and abuses” him. Steffy realizes that something isn’t right and she suspects that Liam is having a hard time letting go of Hope. Liam then gets a call from Hope, who asks him to send pictures of him with the girls together. He agrees and sends her a few, including one of Phoebe.

Bold And Beautiful Spoilers– Brooke Is Suspicious Of Thomas

Back at Brooke’s mansion, she can’t believe that Hope reached out to Liam for photos. Hope says that seeing the photos is what makes her happy. Brooke thinks that there’s a chance that Hope and Liam can get back together again. Afterward, Brooke tells Ridge again that she’s concerned about Thomas. She doesn’t like how pushy he has been with Hope.

Today on #BoldandBeautiful, Hope asks Liam to send her pictures of him with Phoebe and Kelly, which greatly concerns Brooke. pic.twitter.com/JI1Za5o5re

At Forrester Creations, Thomas summons Flo, Zoe, and Xander. Thomas assures them that their secret is his secret and that he has no plans to tell Hope or Steffy the truth. Flo protests. Thomas says that tragedies happen and that it’s a good thing Hope has moved on the way she has. He then says that it’s his destiny to be with Hope and tells the three of them to keep quiet. Thomas then makes a threat and tells Xander that he will make sure that Zoe goes to prison if anything is said. Xander steps back and says he feels like he made a deal with the devil. He realizes that Thomas is obsessed with Hope.