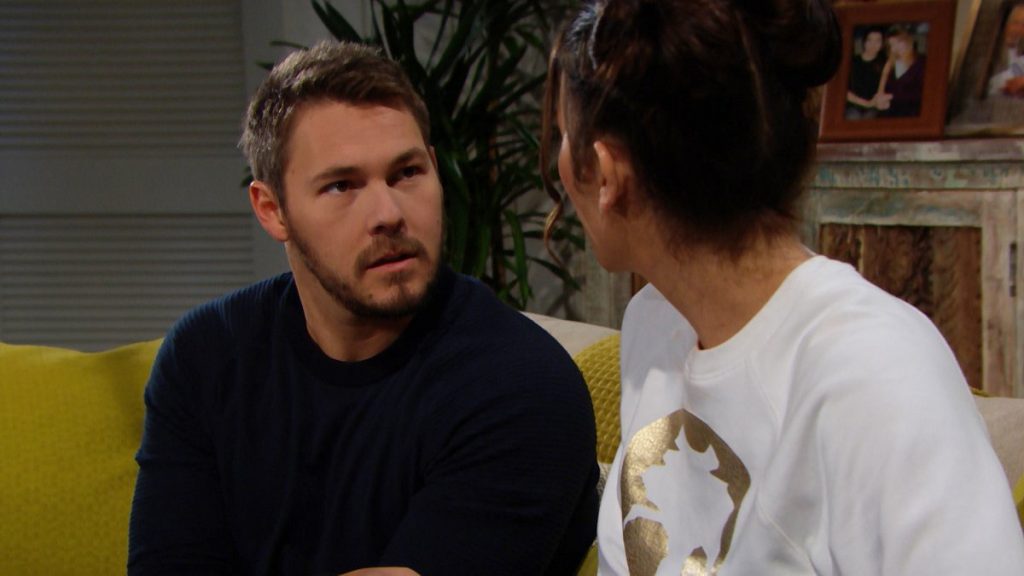 Liam Spencer (Scott Clifton) has been living in two worlds for a number of years on ‘The Bold and the Beautiful’. There have been so many instances where he’s refused to take a strong stand, instead allowing other people to literally tell him what to do with his life.

The issues with his father, Bill Spencer (Don Diamont), were instructive. As that situation saw the then ‘Dollar Bill’ drive a wedge between Liam and Steffy. In recent months, Thomas Forrester (Matthew Atkinson) has done something similar to Liam, with Hope Spencer (Annika Noelle) voluntarily agreeing to change her last name to Forrester, when she left Liam and then married Atkinson’s character.

Bold And The Beautiful Spoilers – Steam Appears To Be Right Fit

Liam has a child with Hope. What Reese Buckingham (Wayne Brady) did to this couple, along with the assistance of Flo Fulton (Katrina Bowden), was illegal. Thomas’ actions in withholding what he knew about ‘Lope’s’ healthy baby from Hope and his sister, who was raising Beth Spencer (Madeline Valdez and River Davidson) as Phoebe Forrester, were amoral.

Through the above arc Liam was mostly in touch with his daughter, but didn’t know it was her. The bond he was maintaining also deepened his link to Steffy.

The recent conversation Liam had with Steffy at the cliff house made him realize that he needs to spend more time with her and both of his daughters. That may prove to be the recognition spark, along with Hope’s latest created crisis, that revives ‘Steam’.

The bond Hope formed with Douglas Forrester (Henry Joseph Samiri) these past many months is real. The concern she’s had about his present and future being jeopardized by Thomas’ unhinged behavior is genuine.

However, Brooke Logan Forrester’s (Katherine Kelly Lang) actions, when introducing the adoption option, coerced Hope to pursue a path that has already proved disastrous. Thomas agreed to Hope’s compromise custody offer minutes before he was inadvertently pushed into a vat of what appeared to be hydrofluoric acid.

Hope’s mortified in believing that Thomas met his fate in Forrester Creations’ industrial chemical, that was meant to clean its washer components. Due to her understandable shock, she also doesn’t realize that Liam will be stunned to learn she’s become Douglas’ apparent sole surviving parent. That puts ‘Lope’ in deep danger of survival.

No matter what Liam, Steffy, or Hope think about themselves, or each other, Kelly and Beth represent unbreakable personal bonds between these three adults. That reality tops chemistry, as ‘Steam’ and ‘Lope’ surely have that.

Instead, viewers are considering which pairing, if either, would likely be the most stable moving forward and, most importantly, would be best for both children who are involved.

Fans of ‘The Bold and the Beautiful’ rightfully express their opinions on a regular basis. So, who is Liam Best suited to, Steffy, or Hope? Please vote in our poll below!

General Hospital Spoilers: Finn Is Committed To Being A Part Of Violet’s Life