General Hospital Spoilers: Finn Is Committed To Being A Part Of Violet’s Life 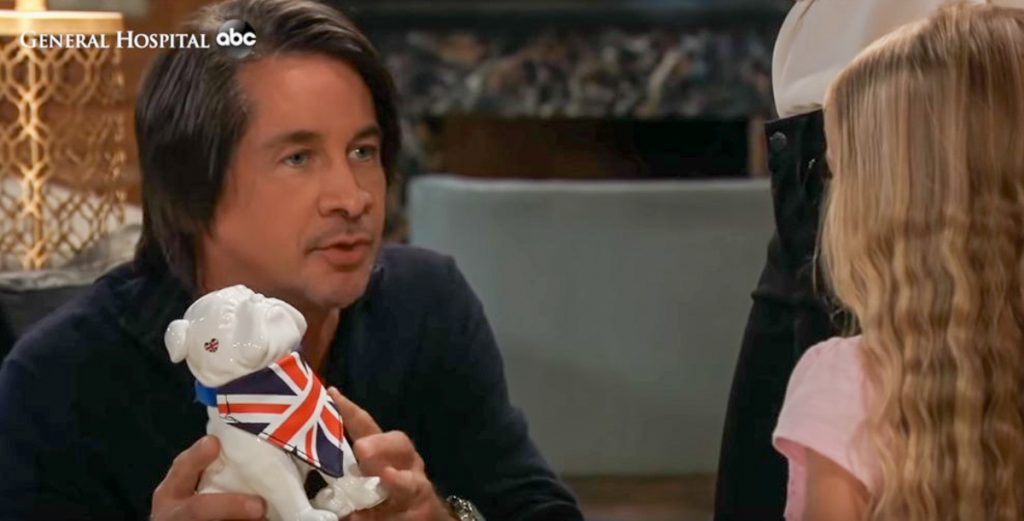 General Hospital spoilers tease that Dr. Hamilton Finn (Michael Easton) is committed to being a part of his daughter Violet Barnes Finn’s (Jophielle Love) regardless of whether he is part of her mother’s or not, and he will show his commitment in an upcoming episode of GH!

It was plain for General Hospital viewers to see that Finn fell in love with his little girl the minute he laid eyes on her, and fortunately she recovered quickly from the virus that caused her to be admitted to GH. Now that his fiancée Anna Devane (Finola Hughes) has returned, being a part of Violet’s life might be a little complicated, because Hayden Barnes (Rebecca Budig) had in mind the three of them becoming a happy little family – a happy little family further complicated by both Anna’s return and her lack of a divorce from a not-so-dead Nikolas Cassadine (Marcus Coloma)! 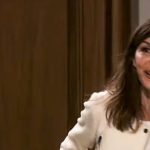 Finn had already figured out that Hayden had lied about her miscarriage and deduced that Violet was his even before Hayden told him, but there is just the slightest possibility that she’s not. But he won’t worry about that, he’s already smitten with the angelic looking child! He absolutely loved their first tea party with Anna’s tea set and the stories about her stuffed animal friends who were patients of another stuffed animal, “Doc McStuffins”, and already has plans for her to become a surgeon when she grows up, that was obvious by his mention of how dexterous her little hands were and that she might grow up to be a surgeon!

Being an involved father might cramp Finn’s adventure style just a little bit, and he will not want to go off with Anna on a sudden mission around the world or anything like that. Anna should understand and support that, because she didn’t raise her own daughter for a great part of her life, and was always off on WSB missions, when she wasn’t presumed dead and having amnesia. Longtime General Hospital viewers will recall that both she and Robert Scorpio (Tristan Rogers) were presumed dead when a boat they were on, along with Cesar Faison (Anders Hove) blew up. It was at that point that Robin Scorpio-Drake (Kimberly McCullough) went to live with Mac and Felicia Scorpio (John J. York, Kristina Wagner). Robert didn’t even know about Robin until she was five years old, so that should give Anna some understanding of Hayden not telling Finn their daughter was born and survived if she gives a more valid reason than she was getting her head together! Truth be told, she probably found out Nikolas was alive right before her wedding to Finn was to have taken place, and she didn’t want to add bigamy to her laundry list of past crimes!