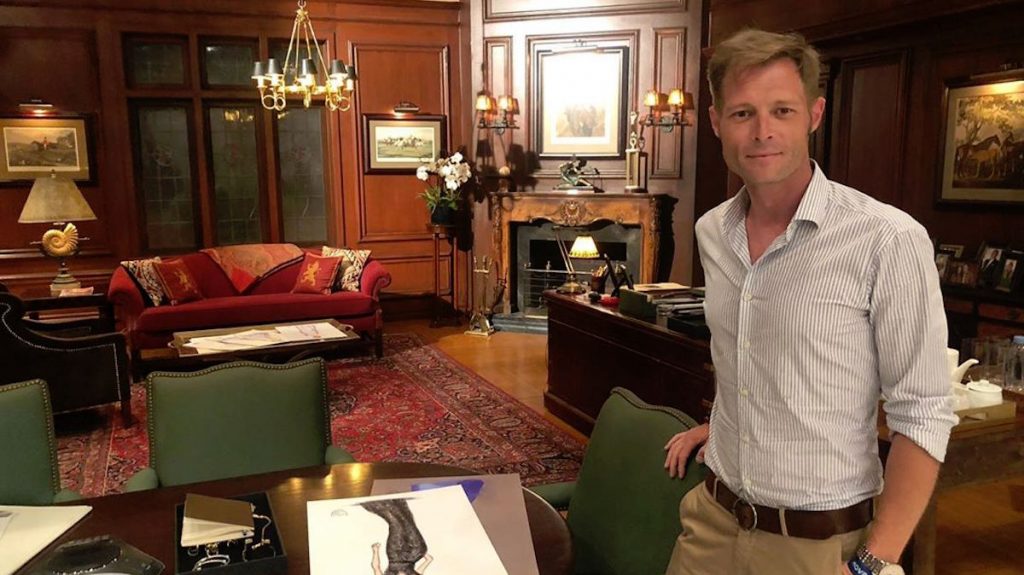 Justin Torkildsen dropped by at the set of The Bold and the Beautiful for a brief visit. John McCook, who plays Eric Forrester, and Katherine Kelly Lang, who portrays Brooke Forrester, took a picture with their former co-star.

She shared a photo of the three of them and captioned, “So great to see Justin in John McCook’s (Eric) dressing room today! ohn and I were Justin’s TV parents years ago. Come visit more often Justin.”

B&B Alum Torkildsen Back At The Forrester Office

Torkildsen also took a photo of himself at the Forrester office. He posted it on social media and said, “So I wandered into this place today. Thank you, Cynthia Popp and Christy Dooley for the amazing time.”

When Lang urged her on-screen son to visit more often, he didn’t think twice to respond, “Will do. See you soon!”

Viewers of The Bold and the Beautiful may have recognized Torkildsen as he previously played the character Rick Forrester from 1996 to 2006. He wasn’t the first actor to play the part. He took over the role from Jacob Young while Kyle Lowder replaced him when he exited the show. During his stint as Rick, he received two nominations for Outstanding Younger Actor Daytime Emmy Award and won the category in 2001.

Rick Forrester is currently off the canvas. But as viewers know, the character has been on and off the show since he was introduced so he’ll most likely reappear one day. Many fans are hoping that Torkildsen will return to reprise the role. But since he left the sudser, he’s appeared in a few indie films. These include “Skeletons in the Desert” and “Knife to a Gunfight.”

The Actors Who Played Rick Forrester

Rick Forrester was born in 1990 and his character was played by several young actors including Katherine Kelly Lang’s real-life son, Jeremy Snider. Jacob Young took over the role in 1997. When he left in 1999, Torkildsen took over until 2006. When he left, the character was recast and Kyle Lowder ended up portraying the role. In 2011, Young took over the role once again and played Rick until 2018. He left the show after deciding not to renew his contract.