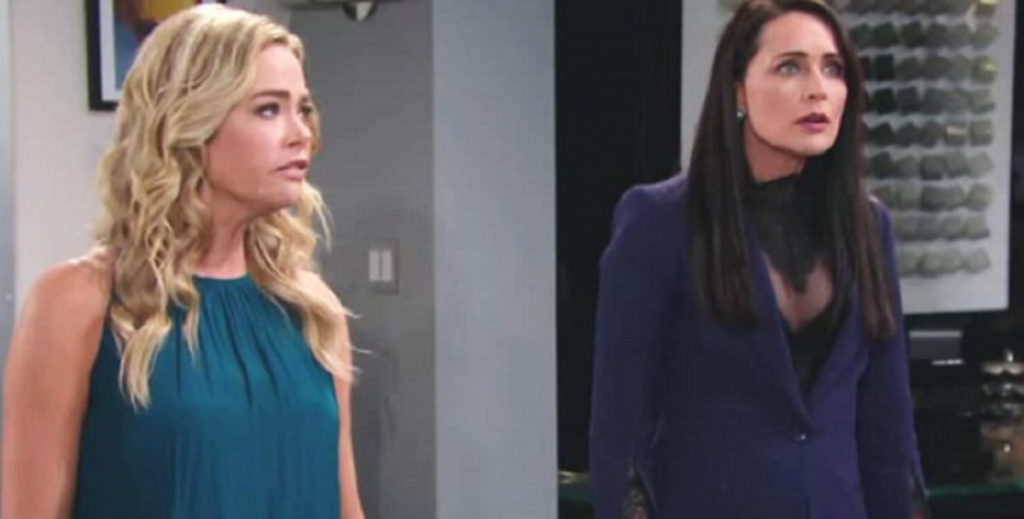 The Bold and the Beautiful star Denise Richards (Shauna Fulton) is one actress and reality television star who definitely knows how to juggle her workload. But with so much on her plate right now, a lot of fans can’t help but wonder if she is looking to exit the daytime television world. Here’s what you need to know.

Just recently Denise confirmed that she would be returning to the hit Bravo series The Real Housewives of Beverly Hills. She also has a new television movie out called The Secret Lives of Cheerleaders. And on top of her work commitments, she’s also a mom to her three daughters at home. With so much going on at once, this is prompting a lot of fans to ask: is she leaving The Bold and the Beautiful soon?

In an interview with Entertainment Tonight, Denise said that she’s looking forward to filming another season of The Real Housewives of Beverly Hills, but she didn’t say anything about her future with the CBS soap. As many fans know, things aren’t looking so good for her character or for her television daughter, Flo Fulton (Katrina Bowden). Flo is currently in jail for fraud and kidnapping charges with Shauna desperately trying to get her out as quick as she can. However, there aren’t many people on her side right now.

The Bold And The Beautiful Spoilers: Is There A Path To Redeem Thomas On B&B? https://t.co/4E7O5u3T2I pic.twitter.com/zOlxrZUYFD

Bold And The Beautiful Spoilers–The Fairytale Is Over

The Bold and the Beautiful spoilers tease that the Forrester, Logan and Spencer families won’t be very forgiving towards Flo or Shauna for their deceitful behavior. This has prompted a lot of people to wonder what’s next for the two ladies. Knowing that they have very few options, there’s a very good chance that Shauna might take her daughter and head back home to Las Vegas. After all, their fairytale life in Los Angeles is basically over.

For fans, it’s been a treat seeing Denise on their favorite CBS soap. She’s had a pretty good run so far. Of course, producers haven’t made any comments about Denise’s future or what’s next for her character. Either way, we will be on the lookout!