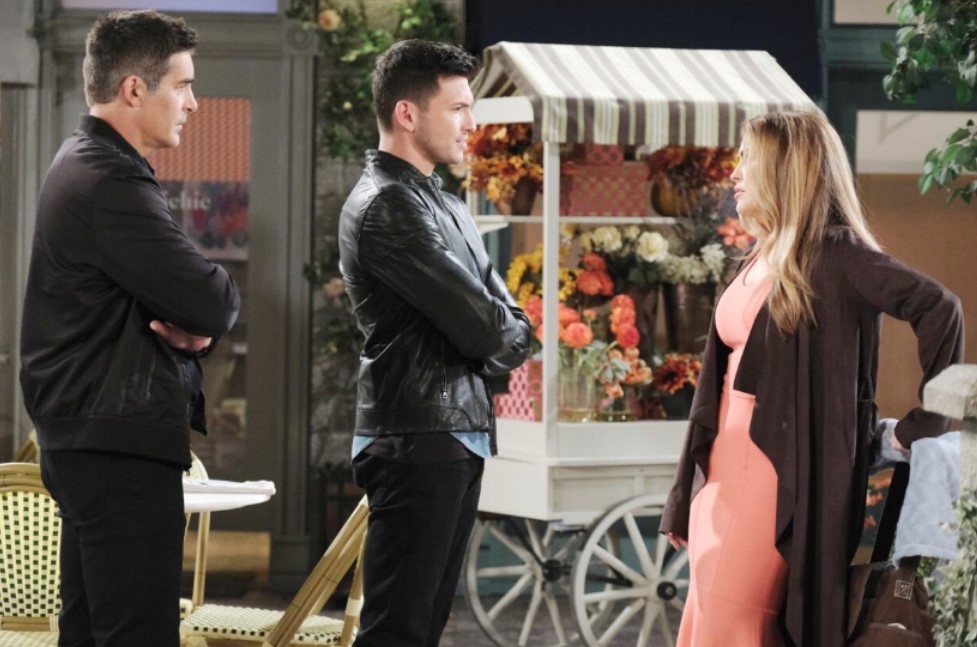 Days of Our Lives (DOOL) spoilers tease than one former couple could be about to rekindle their old flame. Jordan Ridgeway (Chrishell Hartley) was recently released from Bayview Sanitarium with the stipulation that she has someone to watch over her. Rafe Hernandez (Galen Gering) stepped up and agreed to let Jordan stay with him. Rafe had already been caring for Jordan’s son, David while Jordan was away. This way, Rafe can continue taking care of David, while keeping an eye on Jordan.

Days of Our Lives Spoilers – Jordan Ridgeway’s descent into madnesss

Jordan and Rafe were romantically involved a while ago before Jordan moved away. She had David during that time, and still hasn’t revealed the father’s identity. It was also during this period that Jordan was seriously injured in a car wreck which has been hinted at the reason her mental health began to decline. But Jordan’s issues seem to go back even further, as she admitted to killing her mother. It’s unclear if that is truly what happened, or something a deluded Jordan made up.

Regardless of when her troubles began it most certainly seems that she isn’t as cured as she claims to be. Her doctors have said she is sane, but recent events make it seem that Jordan hasn’t recovered. After making subtle threats to her brother Ben Weston (Robert Scott Wilson) regarding Ciara Brady (Victoria Konefal) and her well being, there was a hit and run attempt on Ciara’s life. Ben is convinced that Jordan is responsible, but Rafe doesn’t seem all that concerned that he may be living with a dangerous psychopath!

Rafe has always wanted to be a husband and a father, and being with Jordan provides him with that instant family. Jordan made dinner for Rafe and it was obvious that Rafe was very happy to be in the situation. So as more and more questions about Jordan’s sanity come up, will Rafe ignore the signs until it’s too too late? Will someone have to be hurt or killed before Rafe realizes how the danger the Jordan brings?

Days of Our Lives Spoilers: Gabi's Grief Over Stefan's Death Intensifies – Loved Ones Worry About What She Will Do Next @celebratesoaps #dool #days #daysofourliveshttps://t.co/YZbK9CDnvp

Will Jordan and Rafe rekindle their romance? Will Jordan’s insanity cause Rafe to turn a bling eye? Will Ciara survive Jordan’s plans? There are many twists coming up on Days of Our Lives, so stay turned weekdays on NBC and check back here often for all your Days of Our Lives news and spoilers!