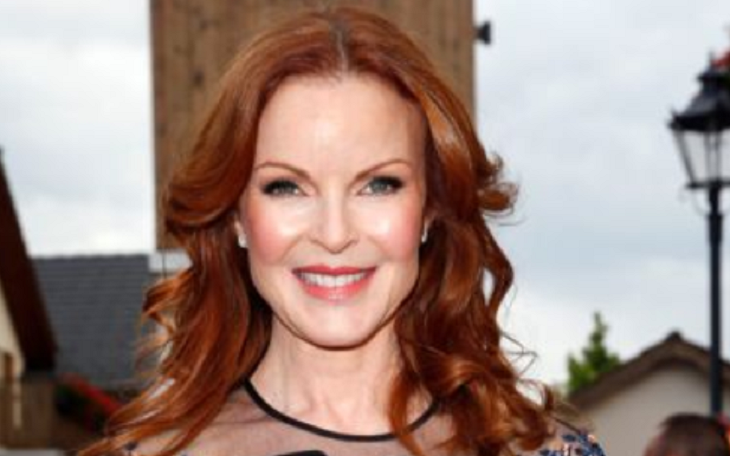 Soap alum Marcia Cross has booked a leading role in the upcoming Jane the Virgin spin-off, Jane the Novela. She will play Renata, a manipulative and glamorous mother of a handsome and rich guy named Felix, who co-owns a winery. Renata will do everything to protect her son’s legacy, even if it means keeping Felix from being happy.

The CW’s Jane the Novela is a telenovela anthology series which follows “the tradition of Jane the Virgin.” Each episode will feature a different fictional novel written by Jane Villanueva (Gina Rodriguez, ex-Beverly on Bold and the Beautiful).

The spinoff is produced by Jennie Snyder Urman, Gina Rodriguez, Ben Silverman and Brad Silberling. All worked on the original series, with CBS TV Studios. Jane the Novela is written by Valentina Garza and directed by Silberling. It also stars Al Carabello, and Federico Dordei.

The pilot episode takes place at a vineyard in Napa Valley where family secrets can’t be kept a secret for too long. It features an up and coming art curator named Estela (to be portrayed by Jacqueline Grace Lopez), who has been playing it safe, when it comes to her career.

Estela then discovers a shocking secret that will change her life in a major way, forcing her to live a double life, according to Deadline.

Cross Has Been On Many Soaps, Including One Live To Live

Marcia Cross played Kate Sanders on One Life to Live and Tanya on Another World. She also portrayed Liz Correll on The Edge of Night, which was where her career started in 1984. Cross is also popularly known for her role as Bree Van de Kamp on ABC’s hit dramedy series Desperate Housewives.

She also starred in Quantico, Youth & Consequences, Everwood, Melrose Place and Knots Landing. Her daytime soap drama experience is a huge advantage for performing in a telenovela, which is the Latin American version of American soaps.

The Young And The Restless News: Justin Hartley Talks Adam Newman Recast – Kevin Pearson's Fate On This Is Us#YR#ThisIsUshttps://t.co/MuhfQ36i6O

Jane the Virgin is on its fifth and final season, which will premiere on March 27.