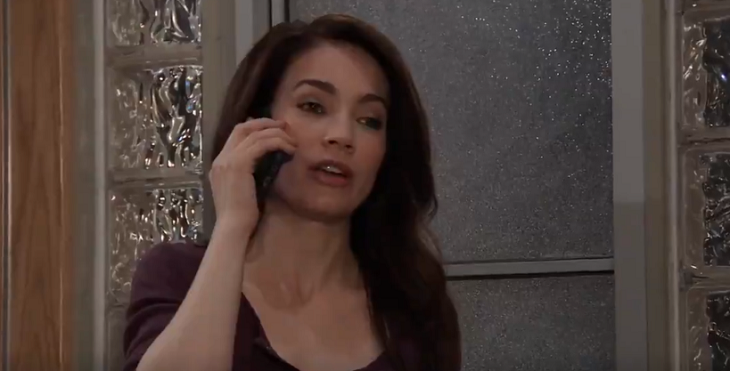 Since General Hospital’s Franco’s Baldwin’s (Roger Howarth) arrest and confession, his wife Liz Baldwin (Rebecca Herbst) has been leaning very heavily on his friend Drew Cain (Billy Miller). Franco has asked Liz to forgive him and understand why he went along with this plan, but she doesn’t know if she can. Liz claims it is because of her boys, but does she have lingering feelings for Drew that have resurfaced after their time together?

When Liz and Drew were together when he first arrived in Port Charles, they had fantastic chemistry on GH. Liz thought she had her chance with Jason Morgan (Steve Burton) and was all about Jake Doe (Billy Miller). When Jake was falsely identified as Jason Morgan, he left Liz because she had lied about his supposed identity for months.

If Liz hadn’t lied, Drew would have probably never separated from her. Drew has become friends with Liz again, and they have gotten very close while Franco has been sitting in jail. Drew isn’t a mob enforcer as Liz once thought. He also isn’t a serial killer like Franco. And he hasn’t lied to Liz and let her kids suffer over his choices.

Franco was a known serial killer in not one but two countries. He starting killing people when he moved to France and he murdered several people in the United States as well. A brain tumor was to blame for Franco’s crimes.

However, Franco has committed crimes after his tumor and has often lied to Liz. Franco admitting to being the killer this time seems to be too much for Liz to handle. Liz has professed Franco’s innocence from the start.

However, he chose to lie to Liz. Jordan Ashford (Briana Nicole Henry) may have pushed him into helping her with this serial killer case but could he have done more to force Jordan to warn Liz what was to come?

General Hospital Spoilers – Liz Has Been There For Drew

Liz knows Oscar Nero’s (Garren Stitt) history and helps both parents when she can. Drew needs someone to talk to about his child, and Oscar mother has a boyfriend, they don’t rely on each other much.

General Hospital Rumor: Nikolas Returns To Save Ava From Herself? https://t.co/SSNxHl8hmc pic.twitter.com/zWm6PHdzt9

With Liz upset with Franco and Drew upset over his son, these two have been spending a lot of time together. Could Liz and Drew reconnect over their mutual heartbreak and reunite as a couple? Will General Hospital fans accept a Drew and Liz reunion?