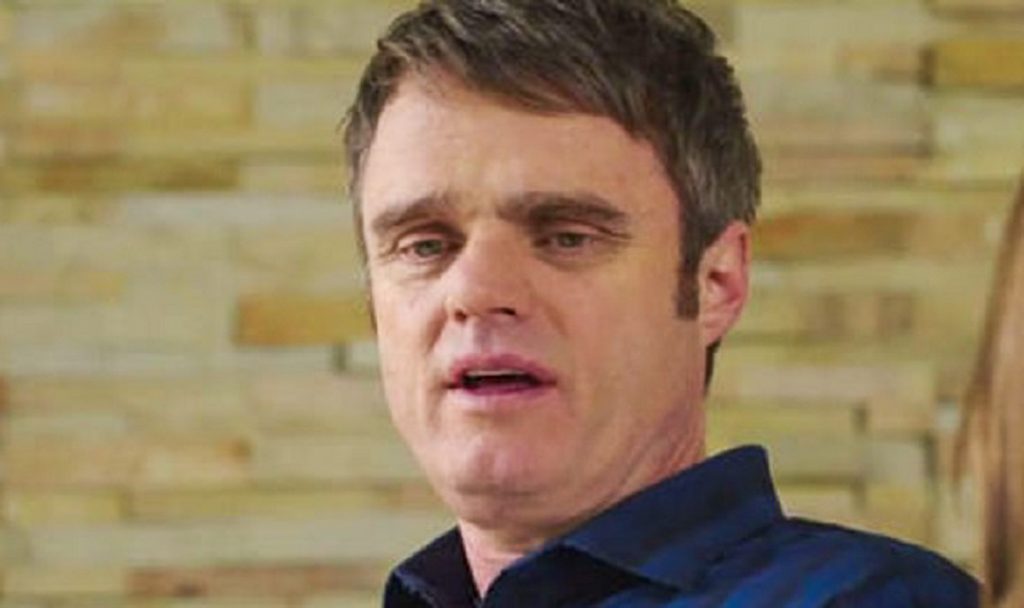 Since breaking up with Amy only a few months ago, Gary has already dated Rebecca Napier and Gail Lewis. But it seems he has even more luck when he hits it off with Prue, to whom he is greatly attracted to.

Prue, played by British TV personality Denise van Outen, has travelled from London to catch up with her daughter Harlow, who is now living with her grandfather Paul Robinson on Ramsay Street. Once here, Prue expresses her concern over Harlow’s living condition, believing that staying at Number 22 isn’t good for her. It is the sex tape scandal in particular that has worried her, especially considering how it has effected Paul and Terese’s reputation.

However, enjoying her living situation, Harlow is quick to tell her mum that she’s more than happy where she is, and that Paul and Terese are great guardians. To try and convince Prue, Terese invites her to stay with them, but when Paul comes home drunk after the Melbourne Cup celebration it seems to do the opposite. Seeing Paul drunk, as well as finding out the shocking story behind Ned’s stab wound, pushes Prue over the edge, leading her to order Harlow to find somewhere else to live, with people who are more responsible.

While all this is going on at home, Prue strikes an unlikely bond with Gary Canning. The two seem to hit it off, and even end up sharing a kiss over a coffee at Harold’s store. We know that Prue is around as a guest character for quite a while, so is this the beginning of a beautiful love story?

Tune into Neighbours from Tuesday 5th November to find out!