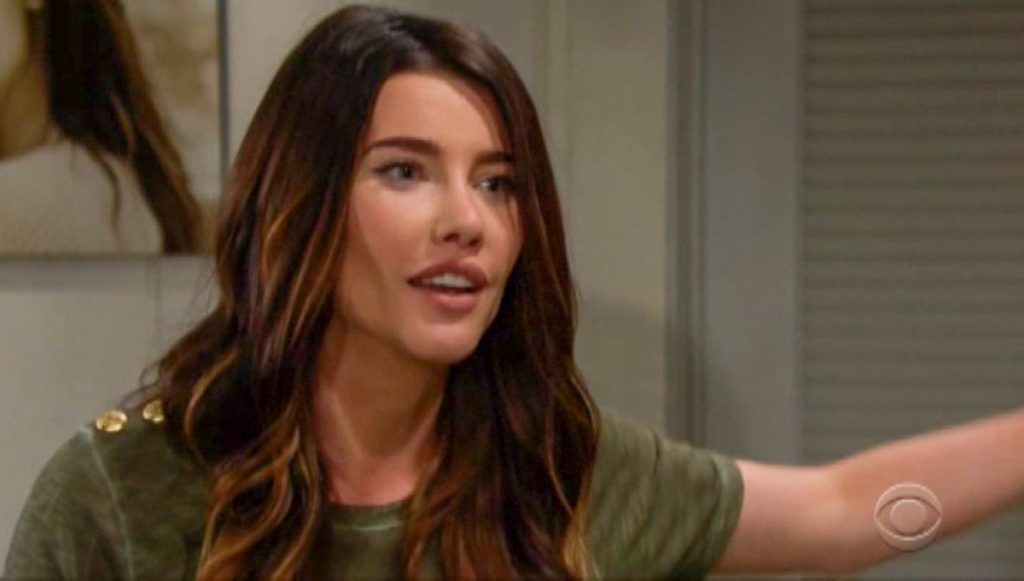 The Bold and the Beautiful spoilers indicate that Steffy Forrester (Jacqueline MacInnes Wood) will have a new man in her life.

Upcoming spoilers reveal that Liam Spencer (Scott Clifton) is shocked when Steffy reveals that she’s dating again. The news not only stuns Liam, but Steffy fans. They’ve seen their favorite character suffer heartbreak, most of the time at the hands of Liam and Hope Logan (Annika Noelle). The revelation that she’s dating is a joy for fans who want to see Steffy move on.

But there’s also curiosity about who is Steffy’s new mystery man.

One of the leading candidates for Steffy’s date is Leo (Sam Myerson). Leo is a buyer who worked with Steffy at Forrester Creations. The show hinted at a possible romance between the two, but their story never led anywhere. Fans loved Leo and thought he had chemistry, so could the producers have listened and brought him back to pair with Steffy?

The next candidate is Carter Walton (Lawrence Saint-Victor). Carter is a favorite with B&B viewers. The character hasn’t been show much recently, and he’s been unlucky in the love department. With fans wanting a storyline for Carter, a romance with Steffy would be red hot and get him more airtime on B&B.

Another possibility seems like a longshot, and that person is Vinny Walker (Joe LoCicero). Vinny is a friend of Steffy’s brother Thomas Forrester (Matthew Atkinson) and he also has a sketchy past. But maybe he’s willing to clean up his act for Steffy.

The Bold And The Beautiful Comings And Goings: Lawrence Saint-Victor Returns As Carter @celebratesoaps #bb #Boldandbeautifulhttps://t.co/RvWIvSZRZj

Some other possibilities for Steffy’s man include Xander Avant (Adain Bradley) or Rick Forrester (formerly Jacob Young). Rumors are the show was bringing Rick back, and he and Steffy were involved at one point. Could the two have reignited their romance, but are keeping it a secret?

Could one of these men be Steffy’s new man? Or is it a new character that hasn’t been introduced yet?

Fans will have to wait until the big reveal to see who it is. Whoever the new guy is, he’s going to create a lot of drama for Liam, who doesn’t seem pleased with Steffy moving on.