Neighbours Spoilers: Gary’s Love Triangle — Will Gail Dump Him When She Finds Out? 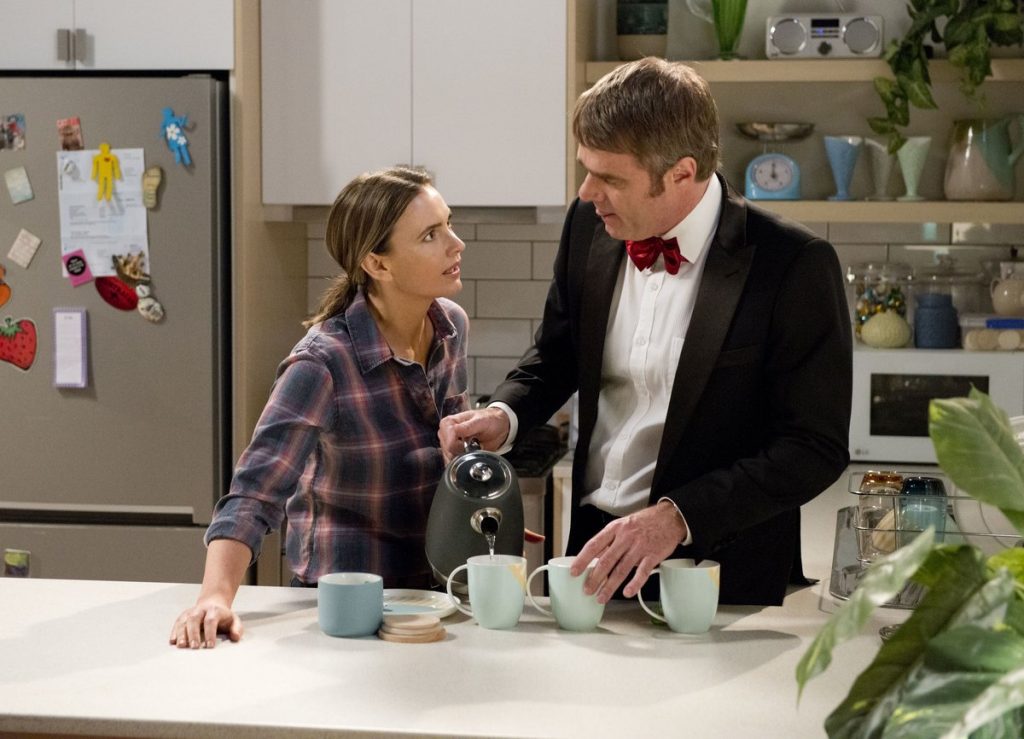 Neighbours spoilers reveal another love triangle for Gary Canning as he dates two women at the same time.

It’s only a matter of weeks since Gary removed himself from the love triangle with Amy and Kyle, but it seems like he’s already found his way into another one! Although this time, he’s doing it on purpose…

Neighbours viewers already know that following Toadie’s advice Gary downloaded Tinder, a mobile dating app, and instantly matched with Gail Lewis. Though the pair got on great, when Gary found out that Gail was Paul’s ex-wife things quickly cooled off. He then matched with another woman, Rebecca Napier, unaware that he was going to have the exact same problem.

However, next week’s episodes show Gary ignoring the fact that his prospective romantic partners have a link to Paul, focusing on the future they could hold, rather than the past. Kyle and Sheila give him a helping hand, trying to work out exactly what his chances with both women are.

Luckily for Gary, both Gail and Rebecca admit that they’re open to dating, leaving him with a difficult choice. Rather than picking one, he decides to continue dating them both, much to his family’s disapproval.

Dating both women won’t last though, as Rebecca soon catches Gary out on a date with Gail. Though Gail is happy to keep their options open and date other people, Rebecca makes it clear that she isn’t interested in competing for Gary’s attention.

As a result, Gary continues dating Gail, making it look like that was the choice he made – but after Rebecca undermines Gary, the truth is revealed. This doesn’t put Gail off though, who reveals that she’s still keen to see where things between them go, as long as it’s kept simple.

Is there a future for Gail and Gary?

The Young And The Restless Spoilers: Adam’s Attack On Fen Crosses The Line – Michael Plots Revenge