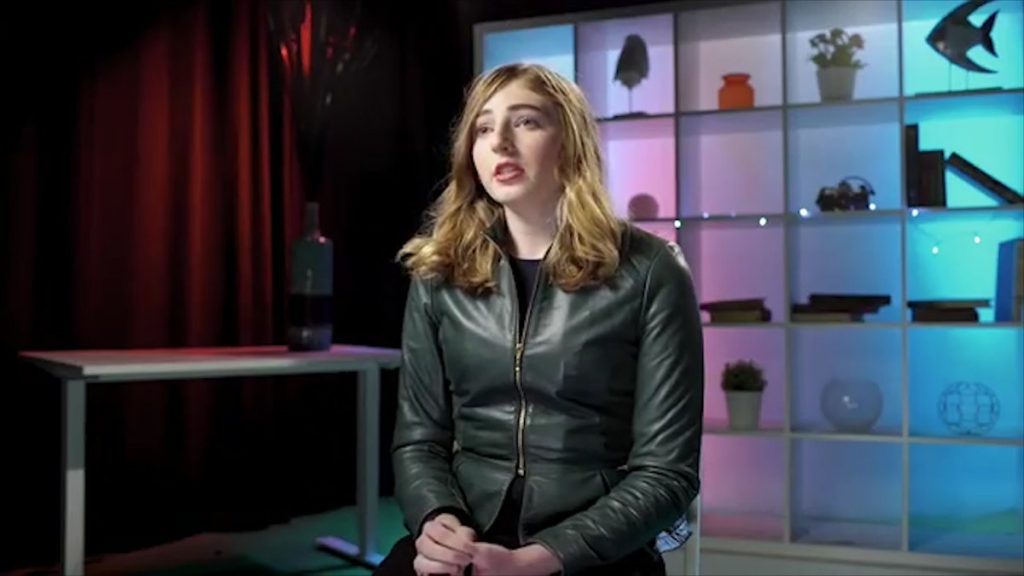 In a storyline that begins next week, show runners have cast transgender actress Georgie Stone to play the role of Mackenzie Hargreaves, a newcomer in Erinsborough.

Fans will watch as Mackenzie joins Erinsborough High, being befriended by local teen Yashvi Rebecchi. As the girls get to know each other, Yashvi can’t help but feel like she knows Mackenzie from somewhere. She wonders if the two had crossed paths back in Bourke, Yashvi’s old town. Mackenzie denies this, claiming to have never even been there, but viewers will soon discover that she isn’t being truthful.

Yashvi notices that her father has spent a lot of time talking to Mackenzie, and wants to find out why. In true Yashvi-Style she comes to a totally wrong conclusion, believing that Mackenzie could be her father’s love child! When Yashvi confronts Shane he strongly denies the claim, asserting that he would never cheat on his wife Dipi. But when Yashvi challenges him to tell her what’s actually going on Shane refuses to do so, claiming it is not his story to tell.

When Mackenzie finds out about Yashvi’s wild theory she decides it’s time to tell her the truth: she did grow up in Bourke, and they even went to the same primary school. Yashvi is confused – she knew that she knew her from somewhere, but she would definitely remember exactly who she is. That’s when Mackenzie reveals the whole truth: she grew up being known as Michael but has since transitioned from male to female and now uses the name Mackenzie. Shane definitely isn’t her father but she hopes that he will be able to track down her real father, who she no longer has contact with.

Neighbours Spoilers: Elly And Chloe's Relationship Is Over @celebratesoaps https://t.co/9zNLVMmmxS

Will Shane be able to help?

Tune into Neighbours next week to find out!

General Hospital Spoilers: Liz Worries She Could Lose Franco To Kim — Is Friz In Trouble?