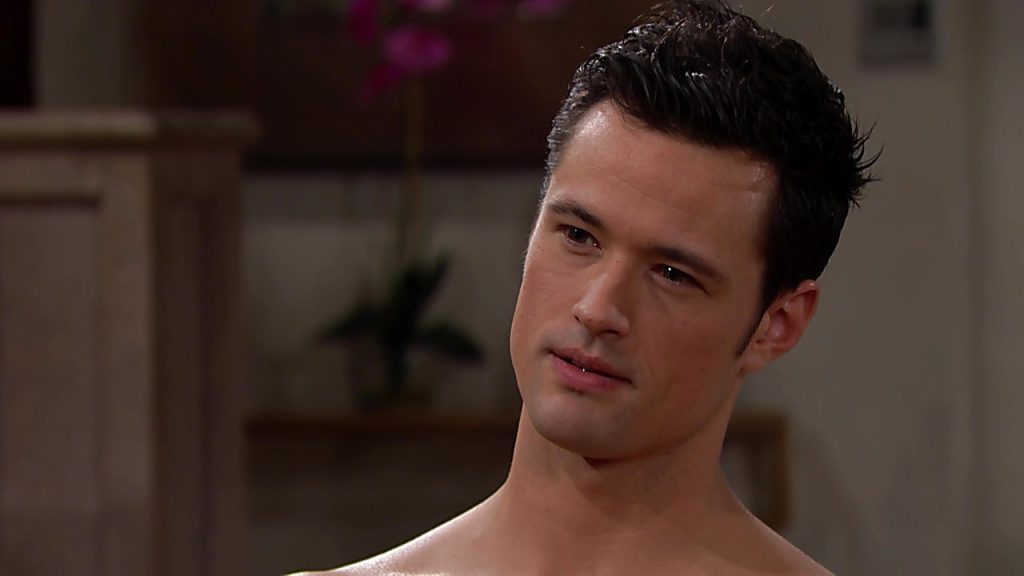 There’s no rational argument about whether Thomas Forrester (Matthew Atkinson) committed terrible acts on The Bold and the Beautiful. However, the cause of him having done so is now compounded by his epic fall over the cliff.

Providing a literal cliffhanger to a week-ending episode was a great way to launch viewers into the next part of this rapidly evolving arc. Following the baby Beth Spencer (Madeline Valdez and River Davidson) reveal by the heroic Douglas Forrester (Henry Joseph Samiri) and the memorable helipad confrontation with Liam Spencer (Scott Clifton), Thomas now lies in a hospital bed clinging to his daytime life.

Brooke Logan Forrester (Katherine Kelly Lang) was right to storm (wink) over to the cliff house, where her concerns about Hope Forrester’s (Annika Noelle) safety were proven the instant she spotted ‘Thope’ tussling in another of B&B’s gorgeous outdoor scenes.

There they stood, at the actual physical location viewers regularly see of Steffy Forrester’s (Jacqueline MacInnes Wood) home. Hope vociferously telling Thomas off, again, while he was trying to explain away all he’d done.

Hope has stopped buying all of Thomas’ goods and was not in a forgiving mood. Meanwhile, Brooke actually ran over and got between the feuding, faux couple. Her subsequent push of Thomas wasn’t overly hard or intended as deadly. But he was off-balance, meaning physically in this case, and fell all the way to the beach below.

B&B Spoilers – Peering Down At Emma Barber And Thomas Forrester

How interesting that the same person who peered down at poor Emma Barber (Nia Sioux), after Thomas tailgated her off Mulholland Drive, would now be seen by others who watched his unexpected fall. The difference this time is that his observers helped him, whereas he left his victim alone to die.

Yet within that moment, savvy soap viewers felt the plotted ground begin to shift. Would Thomas, sprawled on the hard sand, die? Might his resulting coma lead to a wake-up scene that was actually a write-out of Atkinson’s character, who would go to be with Emma and Caroline Spencer (Linsey Godfrey)? Though those characters are surely in a higher place than Thomas would likely be heading.

Yes, B&B’s redemption shift may now be playing out. In order for that to happen, Thomas will likely have to live and want to transform himself. But that option is now open, where it wasn’t before.

Of course, Thomas’ mental health issues were tied to everything dastardly that he did. Choosing to believe that he had no free will to at least resist what was happening, or to seek help, would emphasize Thomas over his numerous victims. That’s the general battle that Brooke, Hope, Liam, Justin Barber (Aaron Spears), Bill Spencer (Don Diamont), and others will fight against Ridge Forrester (Thorsten Kaye), Taylor Hayes (Hunter Tylo) and to a lesser extent, Steffy.

Hopefully, B&B has Thomas recover and take a hard, long look in the mirror. He surely needs consistent therapy and medicine to regulate his legitimate imbalance. But he also needs to sport guts and be a better human being so that Douglas sees the good version of his daddy indefinitely.