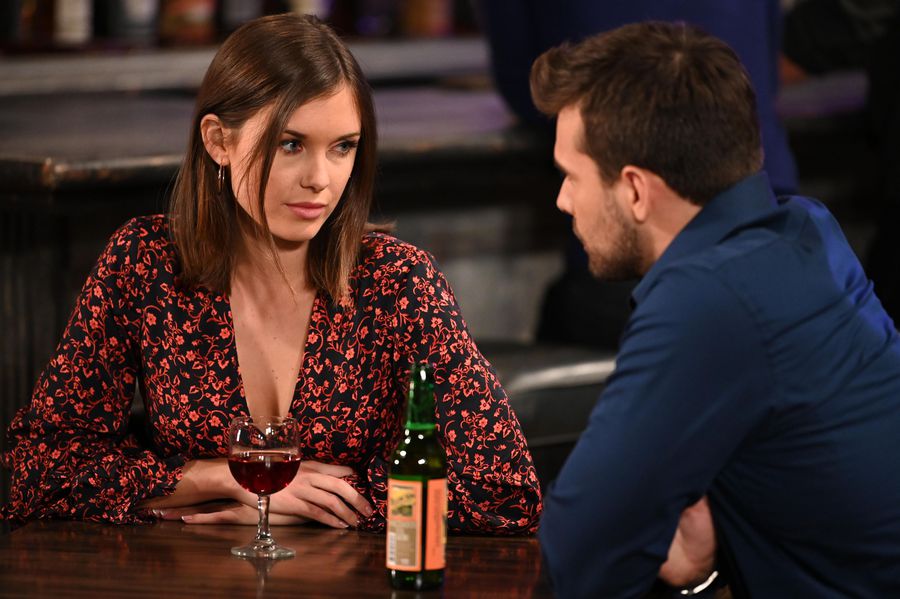 Katelyn MacMullen is having the time of her life as Willow Tate on “General Hospital.” When she found out that she’s been cast to play Willow, she fell to the floor in joy and shock. Literally! She told Soaps In Depth, “I’d never done a screen test before. I was super thankful I even got the opportunity to be part of the process. You just never see this kind of stuff coming. Last year, I was filming a sorority slasher [called The Row]… so to think that I’d be a teacher on an ABC show was totally unexpected and awesome!”

Given that this was MacMullen’s first, the show decided to give her a slow start. Thankfully, she had the full support of the soap’s cast and crew. So when she started to get to know the characters and their storylines, it didn’t take long for her to get hooked on the soap.

As expected, she got really excited when she was told that her character wasn’t just an ordinary teacher but also Wiley’s real mom. She said, “I thought it was crazy. As someone watching the show, I was like, ‘Oh my gosh!’ And then I’m like, ‘Oh wait, right… I work here!’”

MacMullen raved how awesome and patient the show’s executive producer, Frank Valentini, was. “And all the directors and the other actors are very aware I’m pretty new, so they help me. Literally, everyone here has given me a piece of advice that I have taken and used.”

She wasn’t even shy to share that she was taking down notes. She had a notepad with her where she wrote down everything that people were telling her. “Working with people who are so committed, so down-to-earth and so helpful is exciting. It’s like a hardcore acting school,” she added.

She also gave a shout out to her leading men Josh Swickard, who played Harrison Chase and Chad Duell who portrayed Michael Corinthos. “They’re both just great, goofy, humble, talented guys who don’t take themselves too seriously. As an actor, they say you have to be able to laugh at yourself in order to put yourself in positions you’d never be in and do them justice.”

General Hospital Spoilers: Valentin Is Under Stress — Jax Figured Out One Of His Secrets https://t.co/8PYqSYRLDN pic.twitter.com/miq1Y4tKAV

She also shared the time when she had her first scene with three big personalities, Nina Reeves (Cynthia Watros), Valentin Cassadine (James Patrick Stuart), and Lulu Spencer (Emme Rylan). After the shoot, Stuart came to her and said, “‘I’m so proud of you for going up against three really big personalities.’ But it was really fun. I just had to keep that authority or they wouldn’t have taken the bullying seriously. Willow’s actually a bit stronger than I am, which is cool. I’m a very emotional person, so sometimes I have to dial it back a bit. I’m the first person to just cry, but I don’t want Willow to be too overly emotional. She has a strong survival instinct, and she’s been through a lot. I look up to her, in a sense.”

MacMullen turned 24 years old on June 27. Her other TV credits include “Sin City” and she also appeared in the movie, “The Row.” Apart from playing Willow in “General Hospital,” she was also a writer for the video game “Assassin’s Creed: Odyssey.”