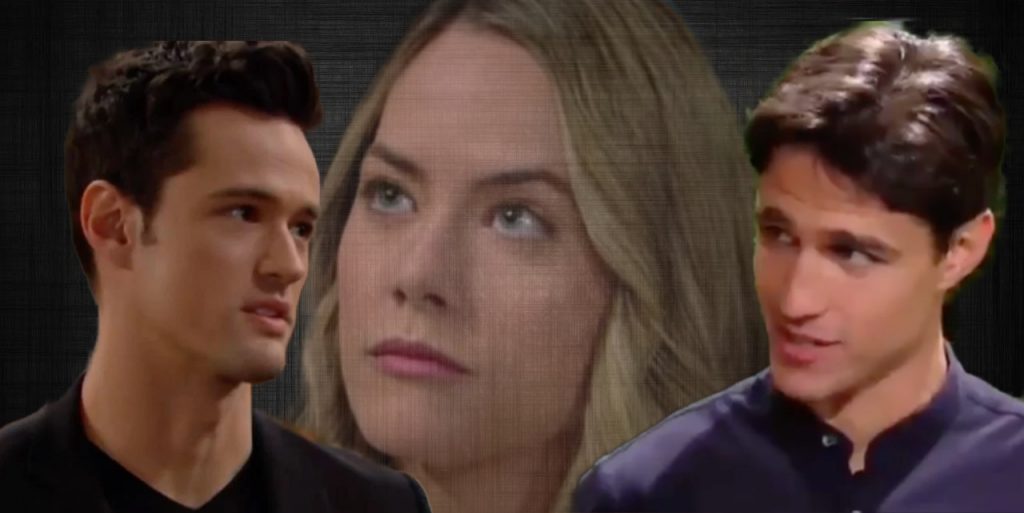 Thomas Forrester (Matthew Atkinson) builds on his duplicity on ‘The Bold and the Beautiful’. He’ll begin working with a “nefarious colleague”, according to a CBS Soaps In Depth report about Joe LoCicero, who’ll be playing Vincent Walker.

The recurring character is the type of shady contact Thomas needs to further his amoral plans. He’s bent on making Hope Spencer (Annika Noelle) his wife and his son’s mother through all means necessary.

Initially, Thomas has used the grief of his son, Douglas Forrester (Henry Joseph Samiri), as leverage to manipulate Hope’s emotions. After threatening four people to remain silent about the incredible baby swap, he raced after Emma Barber (Nia Sioux) in order to stop her from revealing that Beth Spencer (Madeline Valdez and River Davidson) wasn’t stillborn. That attempt was successful, in Thomas’ warped mind, as Emma crashed on Mulholland Drive in California.

Emma was the fourth person Thomas, in effect, ordered to say nothing to Hope. Prior to his confrontation with her in Ridge Forrester’s (Thorsten Kaye) office at Forrester Creations, Thomas told Flo Fulton Logan (Katrina Bowden), Zoe Buckingham (Kiara Barnes), and Xander Avant (Adain Bradley) that their lives would be negatively impacted if they ever revealed Phoebe’s identity as Beth.

Xander Avant Is Determined To Stand Up To Thomas Forrester

Flo and Zoe’s acquiescence to Thomas’ demand wasn’t and hasn’t been followed by Xander. Now that Bradley’s character’s girlfriend has died as a result of injuries sustained in the car accident, Xander is more determined than ever to stand up to Thomas.

Xander’s continued questioning of Thomas’ direct link to Emma’s death is a risk. Who knows what Thomas, or maybe Vincent, will do to him.

All of the above makes the addition of LoCicero to the cast especially intriguing. Along with the obvious standoff between Thomas and Xander, B&B is broadening the area in which Atkinson’s villainous character can work.

In order to give this thriller some length toward it’s inevitable end, where Phoebe is unmasked, everyone, most especially Hope, learns the truth, and Thomas goes down, a side story needs to be injected. So, Vincent is created and another element of danger is written into what is already a sharply presented thriller.