Hollyoaks spoilers reveal that fans don’t have to worry about Sinead O’Connor’s absence on the soap. Actress Stephanie Davis has spoken out and assures everyone that she isn’t going anywhere. The statement came after her character didn’t show up for her own wedding and hasn’t been seen in the episodes that preceded her wedding day.

Sinead was supposed to marry Sami Maalik (Rishi Nair) last week. However, that was the only big scene that was teased to happen. There would be wedding drama, according to Hollyoaks spoilers. It was assumed it had to do with Sami’s kidnapping and clifftop hostage situation.

The wedding not going through shouldn’t come as a huge surprise. These things never seem to go according to plan on soap operas. Sami and Sinead’s wedding was no different.

However, fans are questioning Davis’ future on the TV show. She hasn’t been seen around lately, which had some viewers wondering if she was going to exit the series.

The Hollyoaks actress reached out to her followers on Twitter. Stephanie confirmed that she was still on the show and couldn’t wait to be back in front of the camera. However, she did explain why she hasn’t been in scenes lately. She just needed a breather and wanted to spend quality time with her son.

“Big love for the tweets guys! The love is UNREAL as always. I’ve not gone anywhere don’t you worryyy! I Cannot WAIIITTT to get back.” 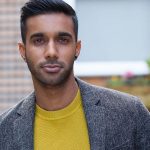 Davis also let everyone know that the break is just a short one. She will be back before fans know it.

Are you relieved that Stephanie Davis isn’t leaving the soap opera? What do you think will happen with Sinead O’Connor when she finally reappears on the small screen?

Be sure to tune in to catch up on everything happening on the soap right now. Come back here often for the latest in Hollyoaks spoilers, updates, news and rumors! news and updates!