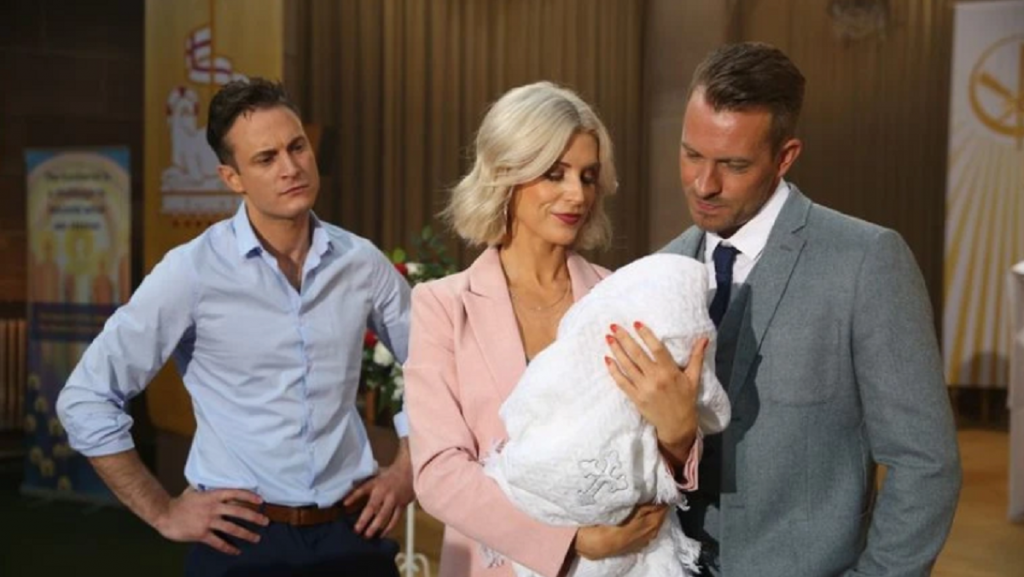 Hollyoaks spoilers confirm that Luke Morgan (Gary Lucy) finally discovers he is the father of baby DJ. The paternity secret has been kept under wraps for months. Now that it is being exposed, Luke will spiral out of control and feels like he is the victim of the ultimate betrayal.

Ollie Morgan (Aedan Duckworth) has kept baby DJ’s true paternity a secret from his father for months. He even lied about the paternity test results. As fans recall, he claimed that the biological father of Mandy Morgan’s (Sarah Jayne Dunn) baby was Darren Osborne (Ashley Taylor Dawson).

The truth was revealed to viewers when they were able to take a peek at the paternity test results. They show that Luke is the father and there is zero possibility of Darren being the biological dad.

Trying to protect the secret from getting out, Ollie Morgan (Aedan Duckworth) then burned the test results. This is due to Luke being an alcoholic and his son doesn’t believe he is up for the job of being a parent.

Luke claims he plans on leaving Hollyoaks and everyone’s better off if he just disappears. It happens following a confrontation by Ollie. This is when the truth about DJ’s paternity is finally exposed.

Hollyoaks Spoilers – Paternity Secret Bubbling Under The Surface At Christening

Meanwhile, DJ is about to be christened, but nobody knows the paternity secret is bubbling under the surface. This is definitely something that Ollie worries about and doesn’t want the event ruined if his father blurts out the truth. However, there is a chance that will happen as sneak peek photos show Luke is invited to the grand event.

The daddy of all reveals? 😱 #Hollyoaks pic.twitter.com/FT4d6gPxVP

What do you think is going to happen with Luke, Ollie and the DJ paternity reveal? How would you like the storyline to unfold in the upcoming week?

Be sure to tune in to catch up on everything happening on the TV show right now. Come back here often for Hollyoaks spoilers, updates, news, and rumors!