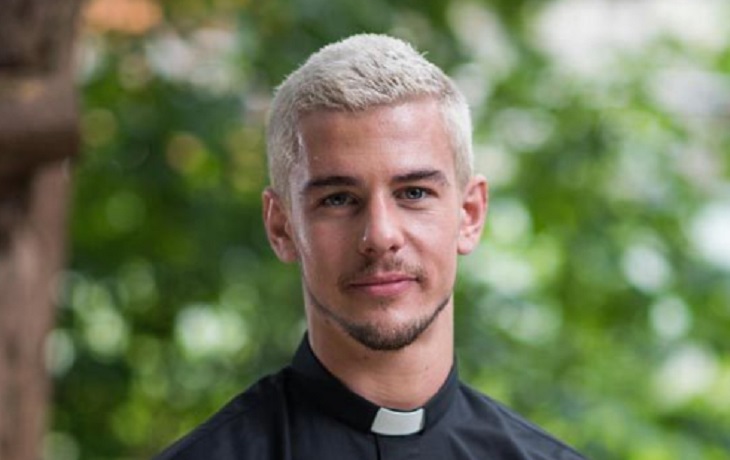 “Hollyoaks” spoilers hinted the return of Joel Dexter during last November 15’s one-hour long special episode. He has been out of the picture since last month after breaking up with Cleo McQueen and rejoining the priesthood.

The bosses at Hollyoaks announced Joel’s comeback on the day of Mercedes McQueen’s wedding. Everyone in the entire McQueen family are ready and excited for the nuptials of Mercedes and Russ. Everything has been prepared—or so they thought.

“Hollyoaks” spoilers reveal that at the last minute before her big day, Mercedes learns that Father Dan can’t make it to the ceremony.

Who’ll be getting more than coal in their stocking this Christmas? 😱 Check out what’s coming up this winter in #Hollyoaks! #HollyoaksWinterTrailer pic.twitter.com/NrZmx4U7Dv

Goldie and Myra don’t know what to do given that the wedding is about to start. That’s when Cleo suggested that they ask Joel to officiate the wedding instead. Mercedes agrees to the idea and once again feels excited.

In an interview with Digital Spy, Rory Douglas-Speed, who plays the character Joel explains without giving away too much, “I’ve just finished a really intense storyline which has been amazing to be part of. Joel has gone off on his bike and he needs space to grow, so does Cleo.”

On his return, Joel will make a confession to Cleo. He kissed Goldie before he went away, which means Cleo wasn’t the last woman he kissed before becoming a priest. This breaks Cleo’s heart and viewers need to watch the upcoming episode to know if the pair can patch things up.

“It has been an incredible year’s worth of stories and the work put in from all parties has been insane. But when am I coming back and am I coming back? It might be sooner than expected but we’ll wait and see.”

Meanwhile, Goldie isn’t feeling joyous at all about the ceremony especially since she recently had a one night stand with the groom.

Elsewhere, the Vengeful Liam Donovan keeps Grace Black captive in the office and forces her to ask Maxine, Courtney, and Simone to come over. Liam ties them all up after they arrive and lets them all drink a cocktail. He lets them know that one of the glasses has been poisoned.