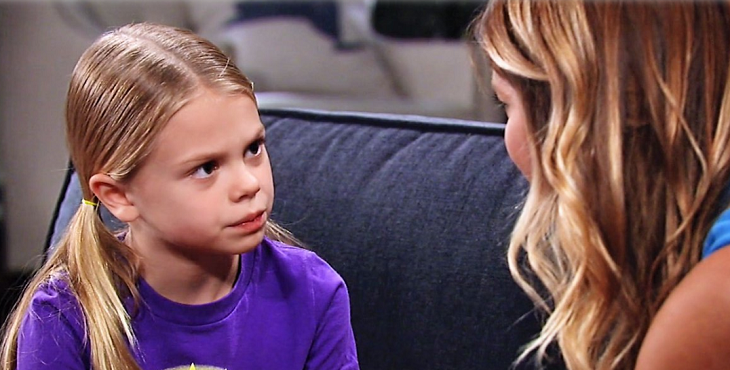 General Hospital star Scarlett Fernandez (Charlotte Cassadine) has some very exciting news to share with her fans. The pint-sized actress has just booked a brand new prime-time gig and we’ve got all of the details for you. Here’s what you need to know.

According to new reports, the young actress will be starring in two episodes of ABC’s hit comedy, American Housewife. She stars as a little girl by the name of Maddy and will appear in the episodes called Field Trippin’ and Grandma’s Way. Her next episode will air on April 30.

In the comedy, a housewife by the name of Katie Otto shares her home and adventures with her husband Jeff and their three children Taylor, Harrison and Anna-Kat. While she loves her family dearly, she recognizes that they aren’t as picture perfect as some of the families in their town.

But that doesn’t seem to bother Katie as she loves just how imperfectly flawed they are, even if they might look a little crazy to their neighbors and friends!

In addition to her work on daytime television, Scarlett has also starred in several other primetime shows and movies in the past several years. She’s made appearances on Silver Lake along with the highly-rated series American Horror Story and Shameless. If that weren’t enough, she’s also had roles in Lethal Weapon, Jane the Virgin, Broken and Studio City.

With that said, there’s no indication that Fernandez will be back in Port Charles anytime soon. However, it’s safe to say that she will be keeping busy with all of her different projects nonetheless. We can’t wait to see her on American Housewife and of course, future episodes, too!

And while Fernandez might be busy booking prime-time roles, she’s also very busy at school and all of her extra-curricular activities. We don’t know how she does it, but it looks like she is doing a great job managing her schedule pretty well with her supportive parents by her side.

Her fans can’t wait to see her back on General Hospital as Charlotte again.

In the meantime, come back to Soap Opera Spy for all the latest news, updates and spoilers right here.