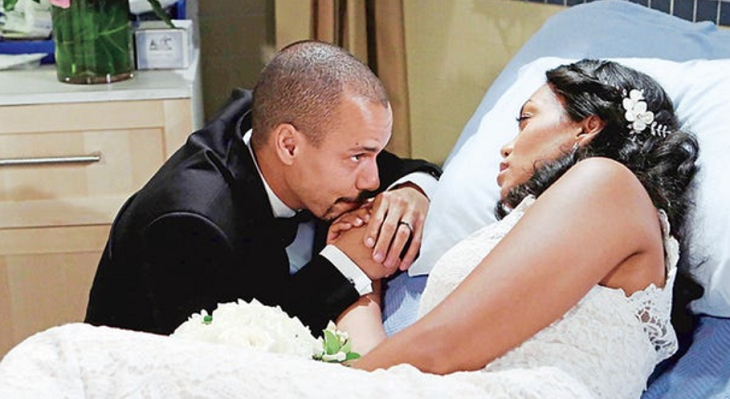 Four stars from the Young and the Restless who have been nominated for 2019 Daytime Emmy Awards have shared the scenes they have submitted for their reels. The nominees were asked to provide 15-minute reels containing scenes from episodes that were aired last year.

Beginning with Bryton James as Devon Hamilton on the Young and the Restless, the actor said he submitted two scenes from the hospital. The first scene was during Hilary Curtis’ (Mishael Morgan) death and the other was when he discovered Lily Winters (Christel Khalil) was responsible for the accident. He also submitted a clip from an episode where he went to therapy to seek professional help when he started to have panic attacks.

James has received several Emmy Nominations. For three consecutive years, 2006-2008, James was nominated for a Daytime Emmy for “Outstanding Younger Actor in a Drama Series” category. It was in 2007 when he successfully took home the trophy.

Young And The Restless News – James Is Also A Recording Artist

Apart from being an outstanding actor, James is also a successful recording artist and has performed voice over work on the animated series “Kids From Room 402” and “The Jungle Book.”

Moving on to the next nominee, Beth Maitland who plays Traci Abbott, she submitted an episode from  spring, summer and fall episodes. One episode involved Dina’s Alzheimer’s problems and then a clip from the Walnut Grove reunion episode.

She also added a few other scenes with Kyle Abbott (Michael Mealor), Jack Abbott (Peter Bergman), and Ashley Abbott (Eileen Davidson). Maitland first appeared on the Young and the Restless in 1982 and has portrayed the role as John Abbott’s youngest daughter until 1993.

She returned to the soap in 2001 on a recurring basis. Maitland earned a Daytime Emmy Award for Outstanding Supporting Actress in 1985.

Meanwhile, Mishael Morgan submitted clips from her final scenes. They included clips when she was with Phyllis Summers (Gina Tognoni) and Devon Hamilton (Bryton James). Morgan played her role for five years, and she confirmed her exit from the soap in August 2018.

Last but definitely not the least is Peter Bergman, who plays Jack Abbott. His reel is composed of clips including the time when he found out he was not an Abbott and scenes with Ashley Abbott (Eileen Davidson).

Will these be enough for these Y&R stars to win? Find out on Sunday, May 5.