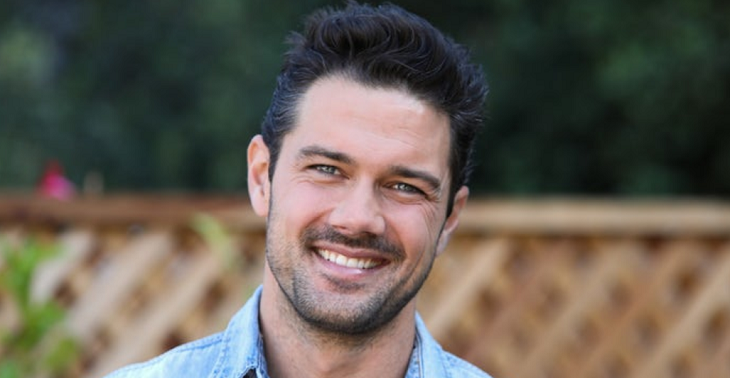 In an Instagram post, Paevey shared a photo of himself in a rancher getup riding a horse, which was taken while he was filming in Surrey, British Columbia.

“I think the hat’s growing on me. Figuratively speaking. #hallmarkchannel #duderanch #onset #stillworkingoncantering,” he wrote.

He also shared another photo of the location’s beautiful scenery and wrote, “No hour of life is wasted that is spent in the saddle.”

I think the hat’s growing on me. Figuratively speaking. #hallmarkchannel #duderanch #onset #stillworkingoncantering

Paevey plays Richard, a city guy and property developer who wants to buy a Montana ranch owned by Samantha (Erin Krakow). Richard stays around to try to convince Samantha to sell the property to him. In the process, the city slicker and the country cowgirl fall in love with each other.

“Dude Ranch” is directed by David Winning and written by Richard Tate Miller. The movie is tentatively scheduled to air on Hallmark Channel on Saturday, August 24, 2019, at 9:00 p.m., Soaps.com reports.

Ryan Paevey debuted as Nathan West on “General Hospital” in 2013 and left in 2018. Paevey decided not to renew his contract on GH because he wants to try new things in his career. Fans were disappointed to see Nathan go, and so was Frank Valentini, GH’s executive producer.

It was then decided to kill off the character to send him off the canvas. He gained so much popularity over the years that it would not be a guarantee that fans could accept a recast to play Nathan West. Nathan dying as he was performing his duty as a Port Charles cop was also a beautiful send off to the character.

While his character has been written off, Paevey does not rule out the possibility of returning to GH one day, maybe as a ghost or in a dream of Nathan’s loved ones.

After “General Hospital,” Paevey made a guest appearance on “Brooklyn Nine-Nine” as Victor Lake. His other recent projects include TV movies “Marrying Mr. Darcy,” “Hope at Christmas,” and “From Friend to Fiance.”

His previous works include “Unleashing Mr. Darcy,” “Harvest Love,” “Locked In” and “The Client List.”

‘Bold And The Beautiful’ Spoilers: Zoe Forms An Unlikely Alliance With Shauna And Flo