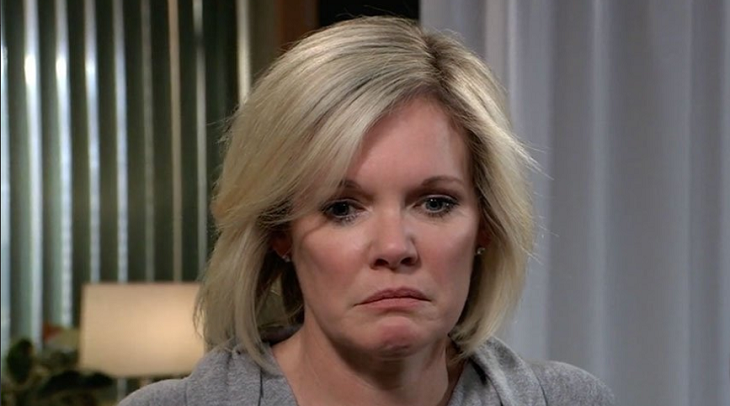 General Hospital spoilers tease that Ava Jerome (Maura West) is finally putting together the pieces of the entire Ryan and Kevin Chamberlain (Jon Lindstrom) scenario that left Port Charles in a state of chaos. Here’s what you need to know.

Franco Baldwin (Roger Howarth) might be the reason why Ava is clean and sober these days, but she doesn’t need several glasses of wine to unleash her aggressive side.

As a matter of fact, if there is one person in Port Charles who is more dangerous that Ryan Chamberlain, it’s Ava Jerome. When she has revenge on the mind, there is no stopping her.

General Hospital spoilers indicate that Ava will confront Kevin for some answers. Sure, she might have been lied to the entire time, but now that she knows the Ryan she was sleeping with wasn’t the man he claimed to be, things are different. During a teaser trailer Ava even said she hopes Ryan Chamberlain is still alive – so she can kill him herself.

Elsewhere, Laura Spencer (Genie Francis) is still upset with her husband and is unsure of what step to take next. Laura thinks that the next step should be a divorce, but she’s hesitant so much so that even her daughter Lulu Spencer (Emme Rylan) wants to know why.

Kevin Chamberlain isn’t the only twin in Port Charles having a hard time getting his memories back. Anna Devane (Finola Hughes) also needs to know what happened between her and her twin, Alex Devane (also played by Finola Hughes).

Kristina Corinthos (Lexi Ainsworth), meanwhile, is still as smitten as ever with Dawn of Day leader, Shiloh Archer (Coby Ryan McLaughlin). Little does she know he has some secrets that he might end up using as leverage against her.

Her sister Sam McCall (Kelly Monaco) is increasingly worried as both she and Jason Morgan (Steve Burton) continue to investigate and hopefully bring down this controversial cult. Fans will have to tune in to find out what will happen next! General Hospital airs weekdays on the ABC network. Check your local listings for times.

Also, come back to Soap Opera Spy for all the latest spoilers right here.