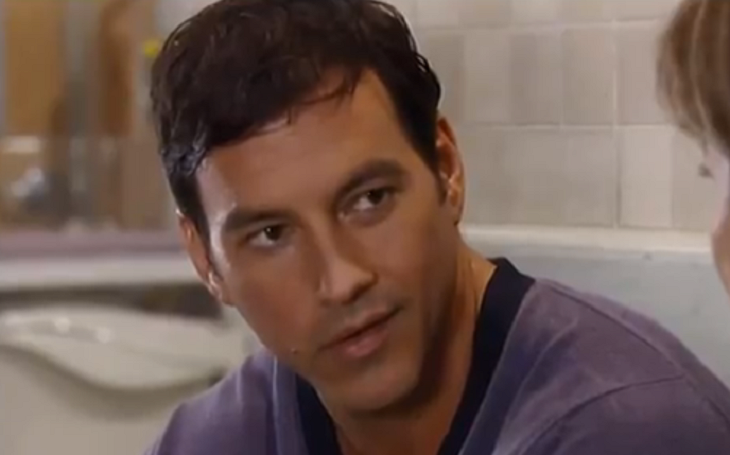 General Hospital spoilers tease that now that Tyler Christopher’s (formerly Nikolas Cassadine) airtime on Days of Our Lives is coming to an end and Brandon Barash (formerly Johnny Zacchara) is set to start appearing in his place during the week of March 18th, there might be a chance Tyler will return to General Hospital to reprise Nikolas!

It’s possible his contract with Days of Our Lives did not allow him to be on General Hospital until his last appearance. Days films six months ahead. General Hospital films about six weeks ahead. According to Daytime Confidential reports, Barash will first appear March 22, and Christopher will last appear on March 20.

The return of Nikolas Cassadine would fit right in with General Hospital’s current storylines. Many fans had hoped GH writers would couple Nik with Ava Jerome (Maura West) a few years back. Instead,  they apparently killed him off with the introduction of Valentin Cassadine (James Patrick Stuart) posing as Theo Hart.

However, Nikolas’ body was never found, and Valentin has said several things in episodes that hinted  Nikolas was still alive. GH viewers will remember when Nikolas first met Ava on that airplane, where he was trying to pass himself off as Niles Carradine, Ava made him immediately.

Ava is off the rails with conflicting emotions and grief. She’s trying to sort out what’s left of her life after she fell in love and nearly married the man who she and the rest of Port Charles had previously thought was Dr. Kevin Collins (Jon Lindstrom). He instead turned out to be his psychotic twin Ryan Chamberlain, the man who murdered her daughter Kiki Jerome (Hayley Erin).

Ava was attached to Nik. It even led to her freeing Jason Morgan (Steve Burton) from the Boronsky Clinic, hoping Patient Six would turn out to be Nikolas. Were he to return alive to Port Charles, he could be the person she may be able to trust enough to continue building that close relationship with.

And it would certainly help his mother Laura Collins (Genie Francis) if her oldest son to turned up alive. Besides, GH still needs some Cassadine to fit the ring on the hand of Cassandra Pierce’s (Jessica Tuck) knee eventually.

Stay tuned to GH and keep checking General Hospital spoilers frequently to see if Nikolas and Tyler Christopher do indeed show up in Port Charles in the next few weeks or months!