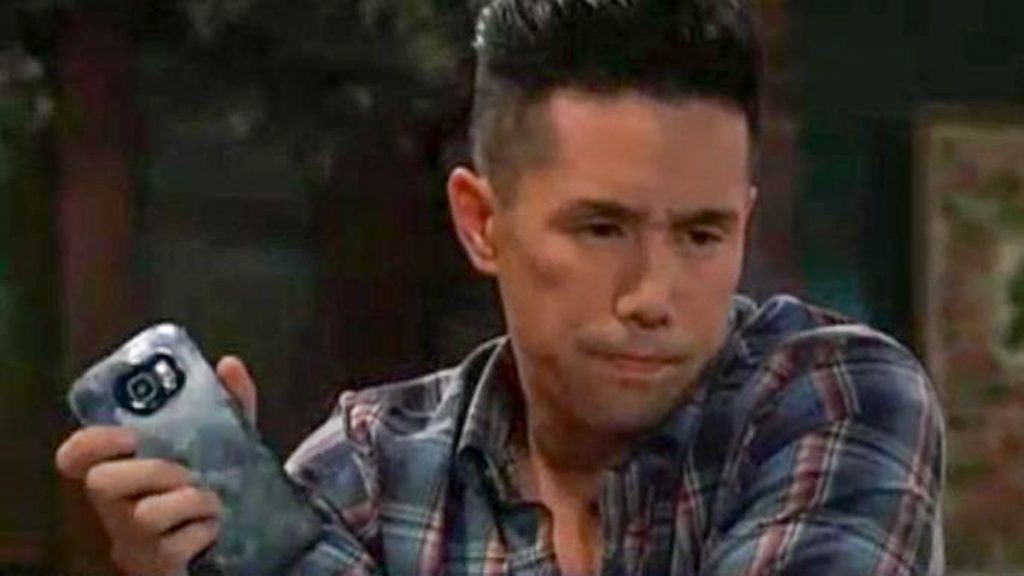 General Hospital spoilers tease that Julian Jerome (William DeVry) may put a hit out on Brad Cooper (Parry Shen) out of desperation to get him out of Lucas Jones’ (Ryan Carnes) life and protect his own interests as well, since he does not want Brad implicating him in the baby switch of Jonah Corinthos and the original Wiley Cooper-Jones (Erik and Theodore Olson) who died!

General Hospital Spoilers – Brad Cooper And Lucas Jones Made Up, As Julian Had A Murderous Look On His Face

General Hospital viewers will recall that in a recent episode when Charlotte Cassadine (Scarlett Fernandez) was kidnapped, word got back to Lucas as he had been talking to Julian in the cemetery, and Lucas dumps Julian for good. Meanwhile, at Kelly’s, Brad is threatened by Liesl Obrecht (Kathleen Gati) with exposing the swap, and he rushes her out the back door as he sees Lucas coming.

The Port Charles Police had just left from questioning everyone in Kelly’s, including Brad about sightings of Cassandra Pierce (Jessica Tuck) and Julian had followed Lucas, and stared at Lucas and Brad with a murderous look at Brad through the front door of Kelly’s, as Lucas and Brad made up.

Not only has Julian lost his relationship with Lucas, he’s also lost his relationship with Wiley, who he’s come to think of as his grandson even though he knows his true paternity! Lucas will no longer allow Julian in his life or Wiley’s, and now that he and Brad have made up, Julian knows that if something comes up that puts Wiley’s paternity in question, the first thing Brad will do is throw Julian under the bus, and he can’t let him do that! It seems to Julian that the only solution he has to keep the truth from coming out about Wiley and letting Lucas be happy as a father to Wiley is to end Brad!

The last thing Julian needs is to be implicated in a murder, and he will need to find a hit man. Julian has disassociated himself from the mob for years now and he will need to find someone who is not associated with the Corinthos family or the Wu family. As General Hospital viewers know, Brad was adopted, but his birth family is the Wu crime family. His and Ava Jerome’s (Maura West) hit man Carlos Rivera (Jeffrey Vincent Parise) has been dead for years, so he may be forced to contact his insane older sister Olivia Jerome (Tonja Walker) for a list of contacts she used and hope she doesn’t use his request against him!

If Julian is unable to find a hit man he may have to do the job himself. Down-the-road General Hospital spoilers say that Julian will check Brad’s schedule and take drastic measures, so this could indicate that he is forced to kill Brad himself!