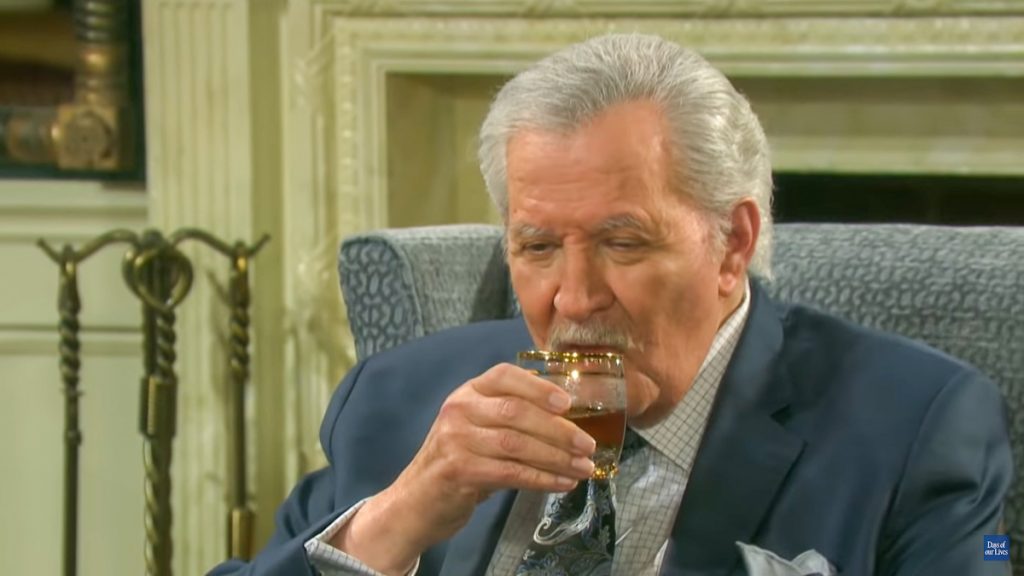 Days of Our Lives spoilers tease that Victor Kiriakis (John Aniston) may have put a hit out on Jordan Ridgeway (Chrishell Hartley) and then framed Ben Weston (Robert Scott Wilson) for the murder!

Days of Our Lives viewers will recall that several weeks ago first Victor wanted to get rid of Ben, and Xander Kiriakis (Paul Telfer) brought him in to Victor, but had refused to finish the job. Victor than took a necktie after Ben was tied up in a chair in the living room of the Kiriakis mansion, and had Brady Black (Eric Martsolf) not interrupted him, he would have killed Ben himself!

Then a couple of weeks after that, Ben went to Victor and asked him to put a hit out on his psycho sister Jordan Ridgeway (Chrishell Hartley), but thought better of it and told him not to have her killed. However, the year before the time jump ended with Ben finding Jordan’s dead body in his house, strangled with her own scarf, and after the time jump he is in prison on death row a year later!

Ciara Brady (Victoria Konefal), a year later, is a rising executive at Titan Industries, and has been acting undercover around her grandfather and others that may otherwise figure what she’s up to. Ciara and Ben came to the conclusion that Victor might have set Jordan’s killing and Ben’s frame for it in motion, since that way Victor could kill two birds with one stone, so to speak.

In a recent episode of Days of Our Lives Ciara visited Ben and told him that their plan worked – she said she had told Victor that she had given up on Ben and knew he had returned to his serial killing and that he would never change. This way she hopes that Victor will let his guard down and she can get him to confess what they both suspect – that Victor, or a goon he hired, really killed Jordan and framed Ben for it by dumping the body in his house.

As she suspected may happen, Ciara will hear a suspicious conversation and will relay it to Ben and see if he agrees that it will be good information for his appeal. If she can get proof somehow that would be admissible in court that she has knowledge of a conspiracy to frame Ben for Jordan’s murder, that will go a long way toward Ben winning his appeal and being exonerated.

But Ciara will have to take extreme care not to allow her cover to be blown or she could put herself in danger again! She should check any security footage to see if suspicious conversations are recorded there and then have Ben’s lawyer get a warrant for them. Any doubt that Ben is guilty will help in his appeal, even if it is a year too late to prevent his arrest!