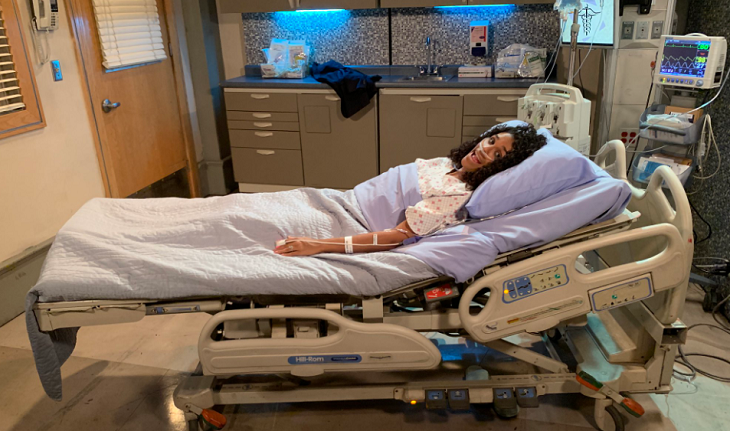 General Hospital spoilers tease that Curtis Ashford (Donnell Turner) will receive some heartbreaking news. He already knows that his wife Jordan Ashford’s (Brian Nicole Henry) kidneys were damaged, one had to be removed and she will need a transplant to replace the other. But what else could happen?

Could her other kidney fail before they find a donor? There could be one other possibility as well, although unlikely; Jordan could have had an early stage miscarriage or the pregnancy could be in danger. If this were the case then Curtis would have to make the heartbreaking decision to allow an abortion to save Jordan’s life.

If General Hospital writers were going that direction however, the same imaging tests that showed damage to the kidneys would have already shown the pregnancy, which would have already been discussed before she went into surgery. So it’s more likely that her other kidney will fail before a donor can be found.

According to the National Kidney foundation, the average wait time for a kidney transplant is about three and a half years. It can also vary according to health, compatibility, and availability of donor kidneys. While it is preferable that a live person donates a kidney, if a deceased person has a viable kidney and they have previously agreed to be an organ donor that is also an option.

However, according to statistics, 16 people a day die waiting for a kidney, so with those odds, Jordan may have to wait a long time and could die waiting on a kidney. It would be devastating news indeed if her remaining kidney fails!

It could possibly end with the death of Oscar, however, he would not be a viable donor because of his cancer. It’s possible that Trina, a minor character, could be killed in the crash and be a match for Jordan.