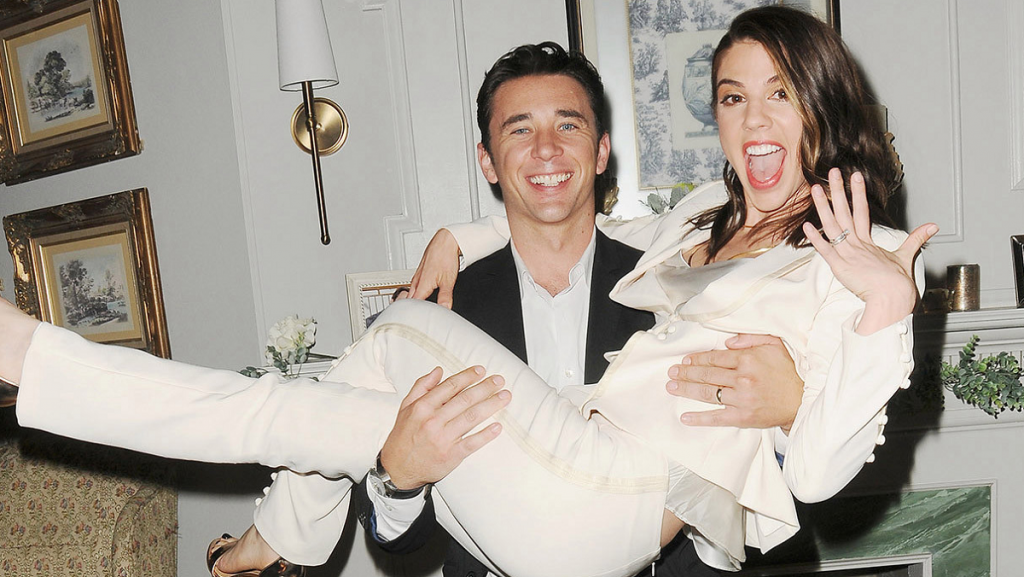 Viewers may recall that Chad DiMera (Billy Flynn) and Abby Deveraux DiMera (Kate Mansi) are starting a new life in Paris together. The two characters star in Days of Our Lives Digital Series’ Chad & Abby In Paris. Are these two set to return to Salem soon?

Tony DiMera (Thaao Penghlis) has been trying to convince Chad to return to Salem to save the DiMera dynasty. Will he be able to find a way to force Chad to go home? Tony can be very persistent, especially when faced with a dilemma. He believes Chad is the key to keeping the DiMera family going.

Unfortunately, the number of DiMera’s is dwindling. Many of Stefano’s children are all gone, including Renee DuMonde (Philece Sampler), Megan Hathaway (Miranda Wilson), Benjy Hawk (Jim Lunsford) and Lexi Carver (Renee Jones). Only a few are left and that includes Chad.

Chad and Abby’s marriage may also benefit from returning to Salem. Juliet (Rachele Schank) has been eyeing Chad and if they continue to stay in Paris, she might finally get a chance to hook her claws into him. But if they return home, Juliet will be out of her way unless she decides to go to Salem as well.

Days Of Our Lives Rumor: Does Hope Still Have Feelings For Rafe? https://t.co/uF4uCfAD1I pic.twitter.com/ezEPTDekcH

Days of Our Lives spoiler for September 26 revealed that Kristen Dimera (Stacy Haiduk) will receive some shocking news, courtesy of Dr. Wilhelm Rolf (William Utay). Viewers may recall that Sarah Horton (Linsey Godfrey) wants to get an abortion. But Kristen has a plan of her own.

That plan is to steal Sarah’s unborn child and have it implanted in her womb so she can pass the baby off as Brady Black’s (Eric Martsolf) child. But that may no longer be necessary.

Rumors have been making rounds that Kristen may already be pregnant. This could very well be the news that Dr. Rolf is about to share with her. If this is the case then Kristen will finally get Brady back into her arms.

Meanwhile, Lucas Horton (Bryan Dattilo) will be forced to make a difficult decision about his mother Kate Roberts (Lauren Koslow) who is currently on life support.

Lucas will learn that his mother’s heart is compatible with Julie Williams (Susan Seaforth Hayes), who is in need of a transplant after suffering a heart attack. Can he make the decision to let his mother die in order to save the life of another?