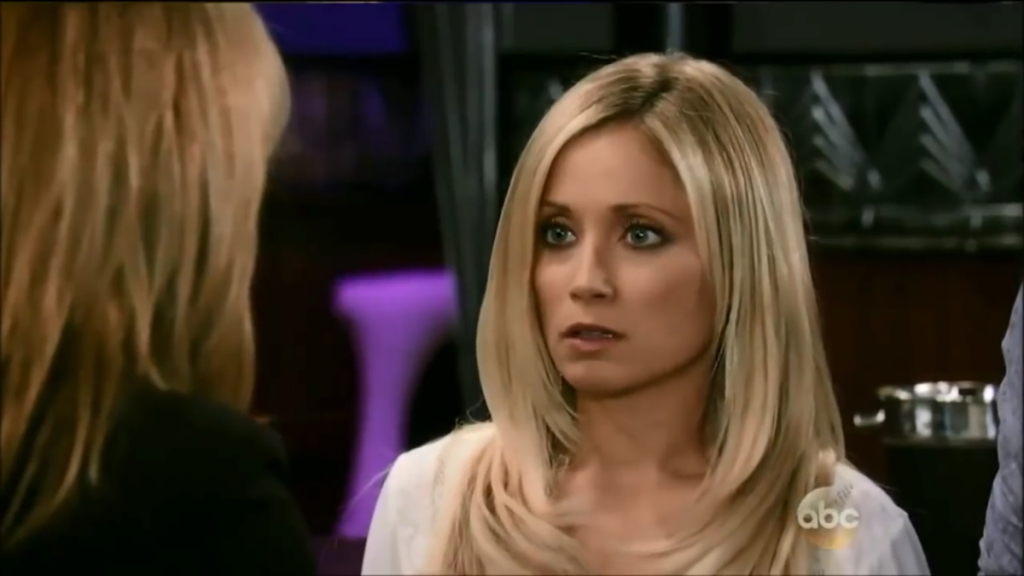 First, Lulu Spencer (Emme Rylan) has some choice words for her former mother-in-law Olivia Falconeri Quartermaine (Lisa LoCicero) as she accuses her of lying to her son, Rocco Falconeri (O’Neill Monahan).

This is likely going to be a situation where Olivia tells Rocco her opinion of why his parents divorced, other than the truth. General Hospital viewers will recall that when Lulu brought the family together at Sonny Corinthos’ (Maurice Benard) house to tell them she was not fighting the divorce that her ex-husband, and Olivia’s son, Dante Falconeri (Dominic Zamprogna) wanted, Olivia did not handle it well, and she didn’t want it to happen either!

Detective Harrison Chase (Josh Swickard) is the bearer of bad news as he confirms to Franco Baldwin (Roger Howarth), otherwise known as “Frankendrew” since he has pre-2012 Andrew Cain’s (Steve Burton) memories, and Dr. Kim Nero, (Tamara Braun) the mother of Oscar Nero Quartermaine (Garren Lake Stitt) that there was no evidence of survivors in Drew Cain’s (Billy Miller) plane crash in the Gulf of Aden in the Middle East.

Franco already knew this from Jason Morgan (Steve Burton) and had relayed it to Kim in Tuesday’s episode, but insisted Drew was dead as if he knew it for certain! No bodies, as Jason told him, do not necessarily mean death but Drew has to be presumed dead until proven otherwise. 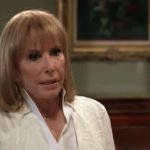 At General Hospital, Samantha McCall (Kelly Monaco) tears into Elizabeth Webber Baldwin, (Rebecca Herbst) telling her that saving Franco was not worth Drew’s life! It sounds like Sam might still have feelings for Drew even though she now is with Jason, but then they do have a small daughter, Emily Scout Cain (Ella Ramacieri) that she will have to deliver the bad news to that her father is presumed dead! Elizabeth on the other hand, even though she too was involved with Drew Cain when he was Jake Doe, doesn’t seem to even flinch at the news of Drew’s death.

As General Hospital viewers know, there is one person in Port Charles who could be considered an expert on Helena besides Valentin Cassadine (James Patrick Stuart); and that would be Laura Colllins (Genie Francis)!

At the Port Charles police department, Laura Collins updates Commissioner Jordan Ashford (Briana Nicole Henry) on the Cassandra Pierce (Jessica Tuck) case; she tells her with a rather angry look on her face that Valentin isn’t giving them the whole story about what happened with Cassandra!

But then, Laura is always angry where Valentin is concerned, since she is convinced he murdered her son Nikolas Cassadine (most recently Nick Stabile) and cheated her grandson Spencer Cassadine (Nicolas Bechtel) out of his inheritance!

Apparently someone has Sonny Corinthos (Maurice Benard) on their radar for some misdeed, as Sonny looks at them with a smile on his face and tells them “you got the wrong guy!” General Hospital viewers will have to tune in tomorrow to see what that is all about!