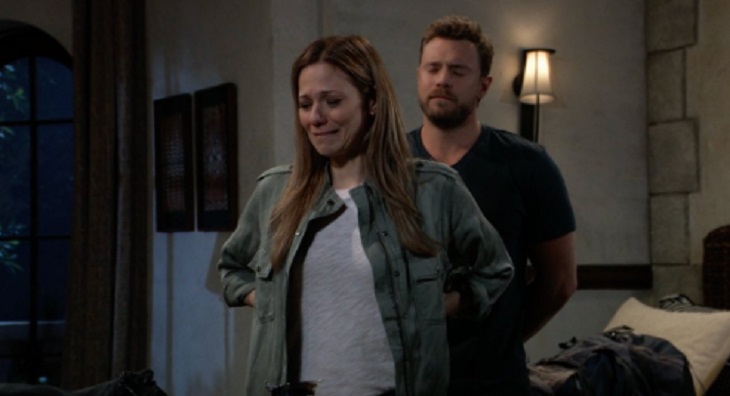 General Hospital spoilers tease that Kim Nero (Tamara Braun) will come clean in this week’s General Hospital. What will she come clean about? Could she have had anything to do with what Drew Cain (Billy Miller) received in his mysterious package?

General Hospital viewers have long suspected that Kim knew more than she let on about Drew’s past, even though supposedly they only had a short but intense fling that produced their late son, Oscar Nero Quartermaine (Garren Lake Stitt).

But why would she hold on to secrets about his past knowing that he has no memories going back that far, and that undergoing the memory restoration process could cause him to lose more recent memories, which is why he has not opted for that procedure?

It’s possible that Kim has been cleaning out storage areas or possibly a rented storage unit and she found she had some of Drew’s things that she had forgotten about, but even then, she could have called him to come and pick them up, she didn’t have to mail or ship them! If the items came from Kim, the fact that she would have sent it seems mysterious in itself; if they only had a short-term relationship it doesn’t seem that they would have been living together before he was deployed to Afghanistan!

Kim shouldn’t have Drew’s things! Plus, there’s t the fact that the package obviously didn’t have a return address or Drew would not have found it mysterious! With no return address, even if there was nothing mysterious about the contents, the sender certainly would seem mysterious to Drew!

General Hospital viewers know about Tex (uncast character) and what really happened in Afghanistan from recent episodes showing some memory flashbacks of Hank “Shiloh” Archer (Coby Ryan McLaughlin) when Drew found out he and Tex had committed treason towards the United States by stealing fuel and selling it to enemy forces for a huge profit!

As General Hospital viewers should recall from that episode that although Drew really did save Shiloh’s life in Afghanistan, Tex died, but Shiloh and Drew were anything but friends! Perhaps when Drew asks her, if he does, about the past she might mention that Tex and Drew were friends in San Diego and were deployed together, and there could be something of Tex’s in the package along with things of Drew’s from the past!

Stay tuned to General Hospital, and keep checking General Hospital spoilers frequently for all the latest news, updates and developments, and to see how Kim’s coming clean all plays out on the show!