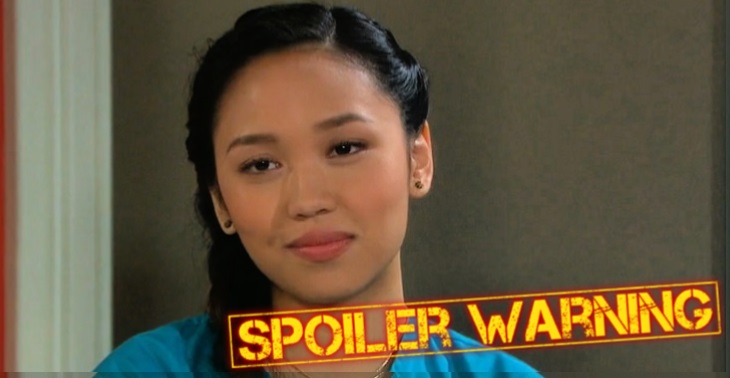 “Days of Our Lives” spoilers for Tuesday, January 29, tease that Leo Starke (Greg Rikaart) will face his worst nightmare. After hearing a knock at the door of the Kiriakis mansion, Leo opened it and got a huge shock. DOOL fans will get their first glimpse of Leo’s mother in Tuesday’s episode. Diana Cooper (Judith Chapman) is in town to stir up trouble for her son and make waves for a few other Salemites as well.

Of course, Leo will do his best to get rid of her. He doesn’t need Diana around to spoil all his plans! Leo will push Mommy dearest to go back where she came from, but Diana will insist on sticking around. “Days of Our Lives” spoilers say a fierce faceoff is on the way. Since Diana will win this round of conflict, Leo will just have to put up with her for a while.

Over with JJ Deveraux (Casey Moss), he’ll encourage Haley Chen (Thia Megia) to keep opening up. She recently confessed she’s an undocumented immigrant, so JJ will push for some details. He’ll want to know as much as possible so he can help. However, Haley won’t believe there’s anything JJ can do. She’ll disagree with the tactics he suggests, so “Days” viewers can expect a major fight soon enough.

Other “Days of Our Lives” spoilers say Dr. Marlena Evans (Deidre Hall) will get a stern warning. She’ll bump into a riled Melinda Trask (Laura Kai Chen) and face a reminder to keep quiet about Haley’s secret. Marlena will promise she intends to stay silent, but she may be concerned by Melinda’s harsh demeanor. It’s clear that Melinda cares more about her mayoral run than she does about her sister.

Finally, Eric Brady (Greg Vaughan) will deal with a broken heart. He was upset about Sarah Horton’s (Linsey Godfrey) betrayal, but that can’t completely erase how he feels about her. In fact, it proves just how much Eric cares. That’s why he was crushed to learn Rex Brady (Kyle Lowder) talked Sarah into reuniting with him.

“Days” spoilers say Eric will try to bottle up his emotions and move on, but something tells us that won’t work out well for him! We’ll give you updates as other news and rumors emerge. Stay tuned to DOOL and don’t forget to check Soap Opera Spy often for the latest “Days of Our Lives” spoilers, rumors, updates and news.