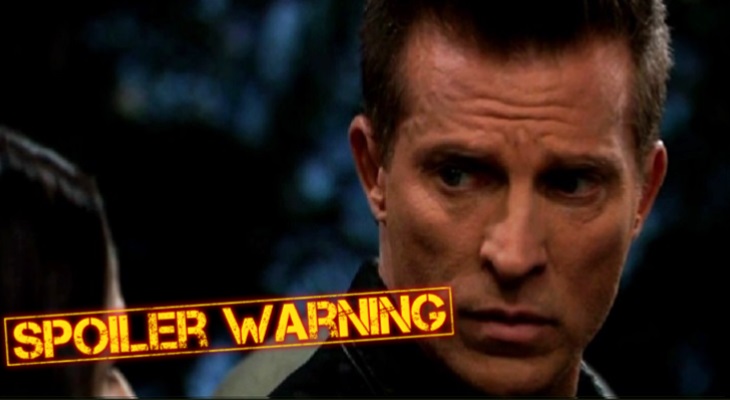 “General Hospital” spoilers for Tuesday, January 22, tease that Brad Cooper (Parry Shen) will think Julian Jerome (William deVry) could use some time with his grandson. He’ll talk Lucas Jones (Ryan Carnes) into letting Julian enjoy a visit with “Wiley” Cooper-Jones, so Julian should approve. There’s been a lot of drama going on in Julian’s life lately, so seeing this sweet kid should cheer him up.

Michael Corinthos (Chad Duell) will also get a chance to hold the little fella, but things will take a surprising turn when Willow Tait (Katelyn MacMullen) walks in. She’ll ask Michael who his friend is, but it’ll all be an act. Willow believes “Wiley” is the same baby she gave up for adoption, but Michael will remain out of the loop. He’ll gush over his godson, but GH fans know this is actually his own child.

In other words, the baby swap storyline is getting messier. “General Hospital” spoilers say even more twists and turns are ahead, so stay tuned. Over with Alexis Davis (Nancy Lee Grahn), she’ll meet with Shiloh Archer (Coby Ryan McLaughlin) and try to get a sense of what he’s up to. Shiloh will praise Dawn of Day as a great community, but Alexis will just want to know her daughter fits in all this.

Kristina Corinthos-Davis is falling deeper and deeper into a dark DOD hole. She’ll need to count on her family over the next couple months, but Sam McCall (Kelly Monaco) will be busy with another project on Tuesday. Josslyn Jacks (Eden McCoy) and Oscar Nero (Garren Stitt) are in grave danger, so Sam will leap into action along with Jason Morgan (Steve Burton).

Carly Corinthos (Laura West) will spread the word about the trouble Josslyn is in. Dr. Kim Nero (Tamara Braun) will also phone Drew Cain (Billy Miller) to let him know what’s up. Cameron Webber (William Lipton) may be able to point these concerned parents in the right direction. He knows Josslyn and Oscar wanted to take a trip to the catacombs, so that narrows things down a bit.

Sam will know a way inside and she’ll suspect that Joss found the same entrance. Jason will agree to check out the location with Sam by his side. They’ll run into some trouble of their own soon enough. In the building over the catacombs, Oscar will awaken after his recent tumor episode. He’ll realize the situation’s getting dire, so he’ll push Josslyn to go get help before they’re both trapped.