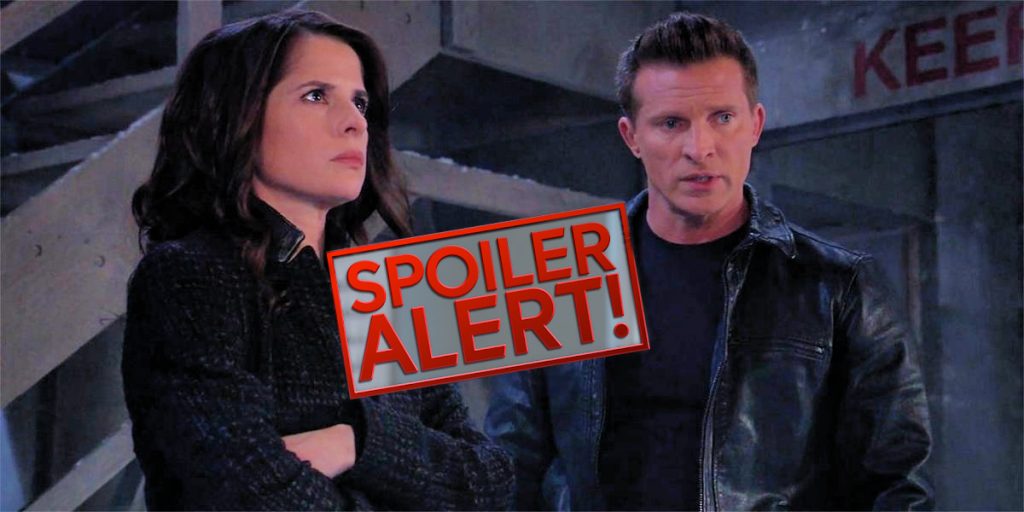 General Hospital (GH) spoilers for the week of Monday, January 21, 2019 through Friday, January 25, 2019 tease that we will have a week filled with a long awaited steamy reunion, lives in danger, and let’s not forget plenty of drama. We have a very exciting week heading our way and you will not want to miss a moment of the action!

GH Spoilers Sam and Jason Save Joss and Oscar

This week, Sam McCall (Kelly Monaco) and Jason Morgan (Steve Burton) will finally reconnect in a way most GH fans have been waiting for. Sam and Jason will help save Josslyn Jacks (Eden McCoy) and Oscar Nero (Garren Stitt) when their tour of Port Charles takes a horrible turn. Sam and Jason will both realize that life is too short and they can not waste any more time and will give into their passion. Sam and Jason will end up back at Sam’s place where they finally make love. The writers tease they are so much more to come with this pair, are you excited?

Meanwhile, Ryan Chamberlain (Jon Lindstrom) will have his sights set on a new victim and lives will be in danger. Ryan had planned on going after Sonny Corinthos (Maurice Benard) and Carly Corinthos (Laura Wright) until he got distracted by Lulu Falconeri (Emme Rylan) and what she has been up to. Ryan will pay her visit where things get very interesting. Ryan will decide to savor the moment. Do you GH fans think Lulu will become Ryan’s next victim?

For The Other Residents Of Port Charles …

For the other residents of Port Charles, Ava Jerome (Maura West) sticks close to Ryan Chamberlain. Laura Webber (Genie Francis) consoles her granddaughter. Carly Corinthos will have her heart shattered. Sonny Corinthos will be on edge and he will comfort a friend. Mike Corbin (Max Gail) will continue to slip away. Kim Nero (Tamara Braun) will lean on Elizabeth Webber (Rebecca Herbst). Sam McCall will share her concern with Alexis Davis (Nancy Lee Grahn). Peter August (Wes Ramsey) will be held at the police station. Willow Tait’s (Katelyn MacMullen) defenses will be down. Anna Devane (Finola Hughes) will get answers.

As you can see we have a very eventful week coming up, so make sure to stay tuned to ABC’s General Hospital to see all the drama unfold. Don’t forget to check often with Soap Opera Spy for all your latest spoilers, news, updates, and much more!