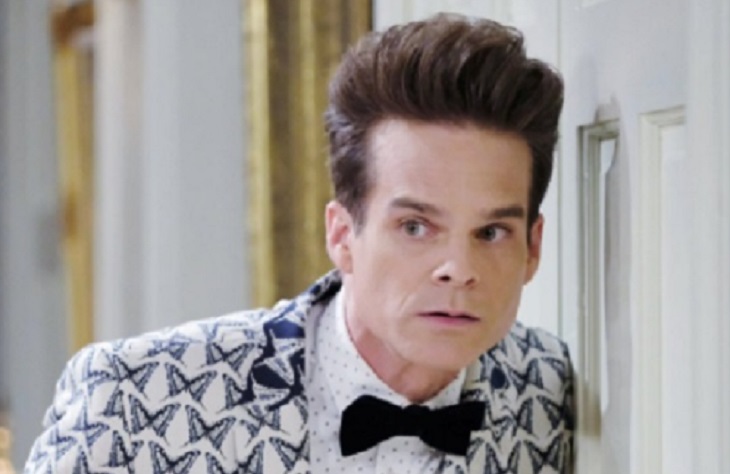 Days of Our Lives spoilers tease that John Black’s (Drake Hogestyn) life may be about to become more complicated than he knows once he find’s Leo Stark’s (Greg Rikaart) mother and brings her to Salem!

Sonny Kiriakis (Freddie Smith) has been fishing to get more information about Leo’s mother, who he obviously didn’t have such a good relationship with (at least in his opinion) to bring her to Salem and hopefully cause Leo to leave Salem and get him out of his blackmailed marriage so he can be with Will Horton (Chandler Massey)!

It has been confirmed that Judith Chapman, formerly Anjelica Deveraux, will play Leo’s mother, Diana Cooper. Other Days of Our Lives spoilers tease that Diana Cooper may actually be Diana Colville (previously Genie Francis) who John had a romantic relationship with years ago, when he first came to Salem thinking he was Roman Brady, along with the rest of Salem including Dr. Marlena Evans (Deidre Hall)!

Days of Our Lives spoilers also tease that the arrival of Leo’s mother brings all kinds of drama to John’s life, so Diana Cooper really being Diana Colville and John finding out he’s the baby daddy of Leo would certainly fit the bill! Diana did leave Salem rather suddenly, so it’s a possibility she could have been pregnant!

Of course, back when Diana and John were together she too thought he was Roman Brady; the real Roman Brady returned to Salem later. It will need to be explained to Diana that John is John, and Roman is Roman, and John’s no longer available if she’s husband hunting, but Roman is! That could put another dramatic twist into the story if DAYS writers choose to take advantage of Roman’s singleness with the return of Diana!

Days of Our Lives Spoilers: Melinda Not Abe’s Only Competition for Mayor – Find Out Who https://t.co/MI02TfhvFg pic.twitter.com/4ovBaWvQra

Either way, whether Diana Cooper is really Diana Colville or not, and whether John is Leo’s father or not, exciting drama lies ahead on Days of Our Lives! Keep watching the show and keep checking Days of Our Lives spoilers frequently to see what’s coming up next!

General Hospital: Drew Should Have Been At Oscar’s Appointment