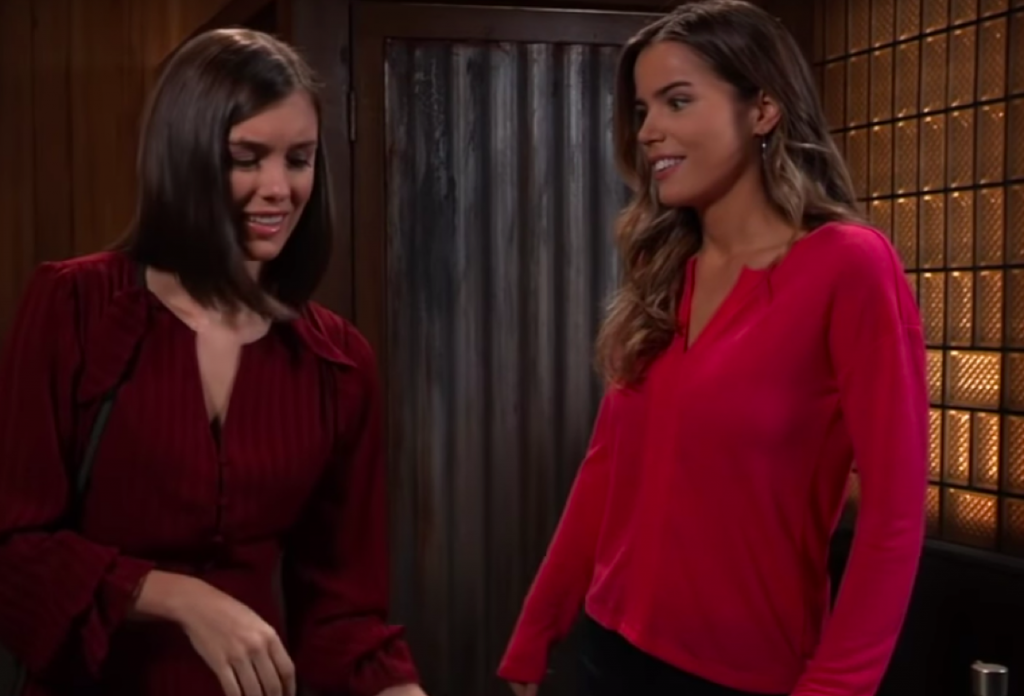 Curtis Ashford tells Jordan Ashford “Happy Anniversary” as they snuggle in bed. Jordan is content and Curtis is happy as they celebrate their first anniversary a little late, as they actually got married on November 27, 2018, but at least this time there wasn’t a dead body in their honeymoon suite! As General Hospital viewers will recall, their wedding night was interrupted by the murder of Kiki Jerome, (Hayley Erin) who Ryan Chamberlain (Jon Lindstrom) had stabbed and staged the body in their marriage bed onboard the Haunted Star! 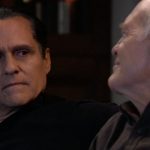 GH Spoilers – Kristina Corinthos-Davis Asks Where Her Mom Is

At General Hospital, Kristina Corinthos-Davis (Lexi Ainsworth) has shown up at General Hospital, where she asks Dr. Neil Byrne (Joe Flanigan) and Julian Jerome (William DeVry) where her mom is. Considering she had not picked up when Julian had called her, it might be that she just came randomly to visit her mother at the hospital, and can’t find her so she wants to know why. She should be able to answer any questions about Kendra Bauer Lennon (Michelle Argyris) so that Neil and Julian can try to put the pieces together about the night Kiefer Bauer (Christian Alexander) died, and maybe the location as well!

Elsewhere, Sasha Gilmore (Sofia Mattsson) advises Willow Tait (Katelyn MacMullen) that there is only one way to know if she is pregnant! Willow must be nervous about taking a pregnancy test, maybe she isn’t sure right now is the right time for another baby! General Hospital viewers know it’s not her first! Sasha will likely be a supportive friend as Willow prepares to find out if she is pregnant with Detective Harrison Chase’s (Josh Swickard) baby or not!

Carly Corinthos (Laura Wright) looks like she is giving somebody a warning about how lethal her husband Sonny Corinthos (Maurice Benard) can be as she is seemingly quite frustrated! She emotionally tells the person that “Sonny can do all that to you and more”! But then, it might be she is talking about how Sonny can be sometimes and the stress he puts on her! Considering, however, that Jasper Jacks (Ingo Rademacher) has arrived at the Corinthos home for Thanksgiving, maybe she’s giving him a warning!

Jax and Sonny are sitting on the couch in the Corinthos living room, as Sonny very bluntly tells Jax there’s no use to pretend – Carly already told him the whole story! But what story did she tell Sonny? That Jax has a girlfriend and can’t have Josslyn Jacks (Eden McCoy) move in with him at this time, or did Carly blow Nikolas Cassadine’s (Marcus Coloma) cover?

Meanwhile, Carly’s dinner guests, her adopted brother Lucas Jones (Ryan Carnes) and his husband Brad Cooper (Parry Shen) are late, and with good reason; their car is bashed in on the front end and in the bushes on the side of the road where earlier Kendra had placed a paralyzed Alexis Davis (Nancy Lee Grahn) in the road and was gunning her car to run her over! Kendra’s car is also bashed in as Lucas broadsided her when the brakes wouldn’t work. Where’s Alexis, and did anyone survive the crash? GH fans will have to tune in tomorrow!

The Bold and the Beautiful Spoilers: Thomas to be in Hope’s Life Forever – Will Liam Take Drastic Action?