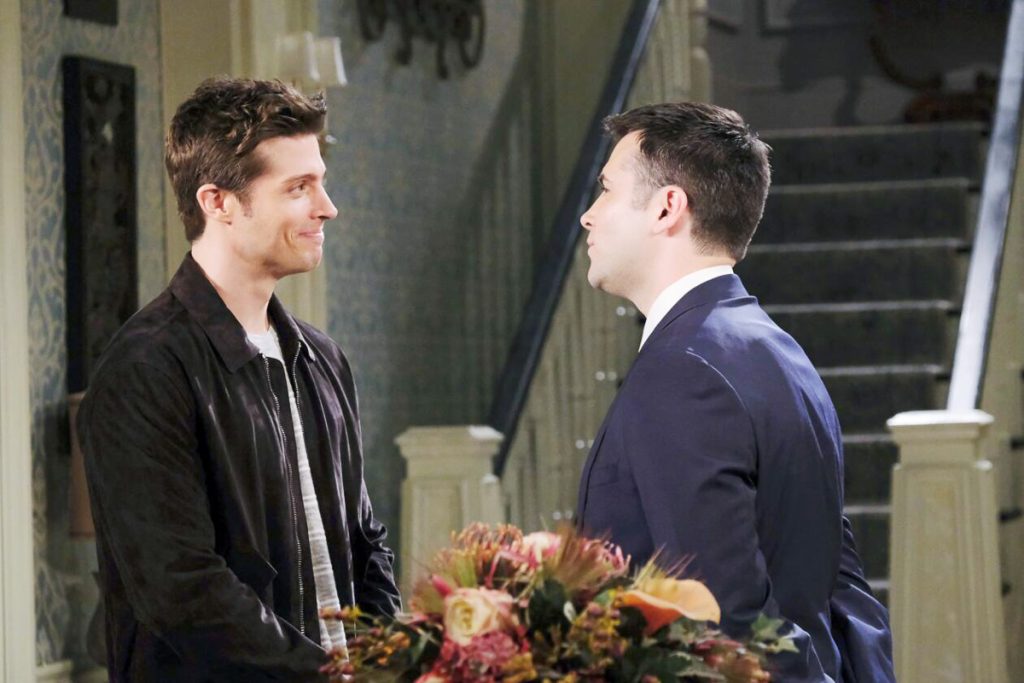 Nicole Walker (Arianne Zucker) and Brady Black (Eric Martsolf) comfort one another about their losses in Tuesday’s episode. Nicole and Eric Brady (Greg Vaughan) had a monumental breakup after Nicole had confessed to Eric that she had hidden the truth about baby Mickey Horton’s (the May twins) paternity for over a year, after which he immediately rushed back to Sarah Horton (Linsey Godfrey) to confront her and Xander Kiriakis (Paul Telfer) and claim his child! Fans can expect Brady to give more details about the death of his and Kristen DiMera’s (Stacy Haiduk) baby girl.

Ciara Brady (Victoria Konefal) makes a move against Xander as she breaks into his metal briefcase. She hopes to find evidence that will prove he and Victor Kiriakis (John Aniston) conspired to kill or have Jordan Ridgeway (Chrishell Hartley) killed and frame Ben Weston (Robert Scott Wilson) for the crime; however, she may find other secrets as well.

Ben tries to stop his father, Clyde Weston (James Read) from hurting Will Horton (Chandler Massey) in Statesville Prison, as Clyde has come after Will with a knife, or possibly a homemade knife, called a “shiv” in prison lingo. Photo stills show Clyde and Ben grappling for the knife, as well as Will assisting Ben down on the floor after Ben has obviously suffered a cut to the hand or wrist with white gauze wrapped heavily around it!

Nicole begs Eric to forgive her for keeping such an important secret as his having a little girl with Sarah from him for over a year. She will likely try again to explain that she was keeping it a secret because Sarah had asked her to, and that Sarah had not wanted him to know because she didn’t want Eric to leave Nicole to reconcile with Sarah out of a sense of duty to the baby, and of course that Nicole herself was afraid she would lose Eric as well.

Perhaps Eric needs to make up his mind which woman he wants! But then, Nicole had told him she couldn’t marry him when he proposed to her because this huge secret had been between them and they hadn’t spoken since so that still needs to be worked out between them!

Elsewhere Evan Frears (Brock Kelly) impulsively kisses Sonny Kiriakis (Freddie Smith)! That should confuse Sonny just a tad, considering the two had just barely met and gotten acquainted, and Sonny is still married to Will and still wears his wedding ring! Perhaps there are some mixed messages going on between the two of them because up until now, Sonny had just considered his relationship with Evan a friendship! Evan obviously must think there’s more to it than that!