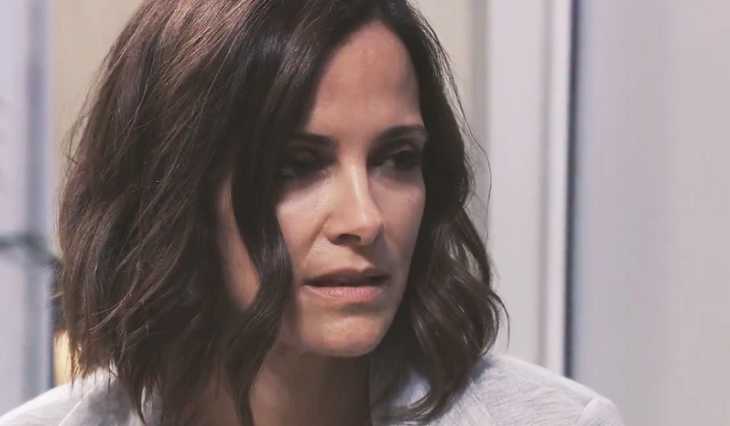 Julian Jerome (William DeVry) catches his younger sister off guard and shocks Ava Jerome (Maura West). He tells her the news that he and his girlfriend Kim Nero (Tamara Braun) are moving out of town. That is obviously the last thing that Ava wants to hear, since this means she will no longer have any family in town except her younger daughter Avery Jerome-Corinthos (Ava and Grace Scarola) who she hardly ever gets to see.

However, viewers will recall Scotty Baldwin (Kin Shriner) had wanted Laura to try to talk some sense into Ava about seeing psychics. He felt like Ava was not only being taken for a very expensive ride, but also was being given false hope. It’s doubtful that Laura is consulting Chelsea for any other reason to expose her as a fraud, but you never know. 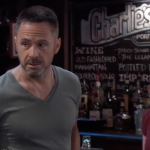 Stella Henry (Vernee Watson) is sitting with her nephew and his wife, Curtis Ashford (Donnell Turner) and Jordan Ashford (Briana Nicole Henry) and Stella’s all excited and in a hurry! She tells them they better hurry up, because she’s flying out tonight.

General Hospital viewers will recall that in Monday’s episode, she received a message from her unknown relative about a meeting. This was while she was talking to her former flame Marcus Godfrey (Nigel Gibbs). His wife Yvonne Godfrey (Janet Hubert) was “getting married” to Mike Corbin (Max Gail) back at Turning Woods Memory Care facility.

Hayden Barnes (Rebecca Budig) updates Jasper Jacks (Ingo Rademacher). She seems to be telling him to take advantage of Sasha Gilmore’s (Sofia Mattsson) serious illness. They could use it to work on their agenda against Valentin Cassadine (James Patrick Stuart). She tells Jax that Sasha’s illness has given them an opening.

At Turning Woods Memory Care facility, Sonny Corinthos (Maurice Benard) tells Mike and Yvonne, who he recently “married” that it’s never too late for family. The two are both advanced in age and suffer from advanced Alzheimer’s Disease although Yvonne may be a little worse than Mike.

Meanwhile, at General Hospital where Franco Baldwin (Roger Howarth) has just regained consciousness after having a forced memory transfer of Drew Cain’s (Billy Miller) memories done at the hands of Shiloh Archer (Coby Ryan McLaughlin) and Dr. Arthur Cabot (Time Winters). It is obvious that there is no Franco left and he’s all pre-2012 Drew when he tells a heartbroken Elizabeth Baldwin (Rebecca Herbst) that he’s never seen her before in his life!

The Young and the Restless Spoilers: Tuesday, August 13: Lola Gets Letter From Her Dad – Christian Runs Away – Chelsea Learns Of Anita’s Scam