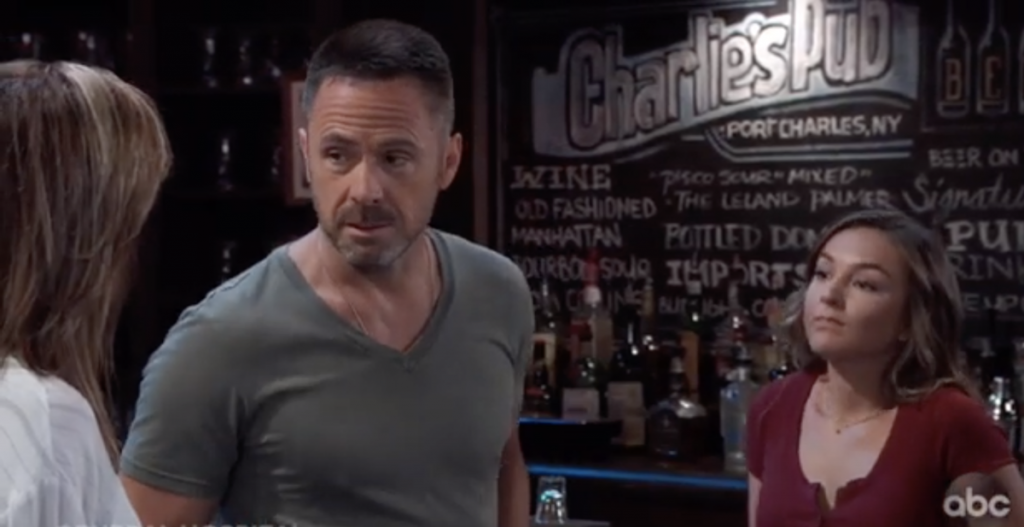 Julian Jerome (William DeVry) considers a huge change in his life, as he considers moving out of Port Charles to Manhattan with Dr. Kim Nero (Tamara Braun). Julian’s life and family is all in Port Charles, including his sons and daughter, Dr. Lucas Jones (Ryan Carnes), Leo Falconeri (Aaron Bradshaw), and Sam McCall (Kelly Monaco).

Even though he doesn’t get along with Sam that well she does tolerate him and even asked him to help her on a recent job, going to Albany NY and changing Wiley Cooper-Jones’ (Eric and Theodore Olson) birth certificate so that Shiloh Archer (Coby Ryan McLaughlin) couldn’t trace it. 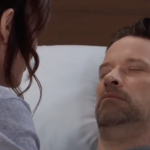 That unfortunately backfired! Julian’s younger sister Ava Jerome (Maura West) and his grandchildren, Danny Morgan (Porter Fasullo) and Scout Cain (Ella Ramacieri) also live in Port Charles. However, since Kim lost her son with Drew Cain (Billy Miller), Oscar Nero Quartermaine (Garren Lake Stitt) to cancer, she can’t bear everything and everywhere reminding her of him, and needs to make a new life and a new start elsewhere.

Julian loves her enough to make that drastic change in his life and move with Kim, although he and Lucas had just started to bond. Lucas’ husband, Brad Cooper (Parry Shen) who leans on Julian frequently will try to get him to change his mind. Julian and Kim will meet with Lucy Coe (Lynn Herring) this week to talk about selling her condo, Charlie’s Pub, and possibly use her as their real estate agent looking for a new place in Manhattan as well.

Franco Baldwin (Roger Howarth) recovers from having Drew’s memories prior to 2012 transferred into his brain, after sacrificing himself to save his stepson Cameron Webber (William Lipton) from being the transfer subject after being kidnapped by Shiloh, and although Detective Harrison Chase, (Josh Swickard), Elizabeth Baldwin (Rebecca Herbst), Curtis Ashford (Donnell Turner) and Drew were all on the way to 721 Dewitt, where Dr. Arthur Cabot (Time Winters) had rented a warehouse space to convert to a makeshift lab, none got there in time to prevent the memory transfer.

This is a new addition to the memory transfer process that GH writers have added since it was never mentioned before! Drew may indeed find answers to his past, by asking Franco, but will Franco ever get his own memories and himself back?

Dr. Hamilton Finn, (Michael Easton) will continue to research Sasha Gilmore’s (Sofia Mattsson) rare strain of influenza and try to come up with a treatment that will work. As General Hospital viewers will recall, Finn took extreme measures since he didn’t know exactly what they were dealing with by putting Sasha into quarantine in General Hospital and requiring all visitors to be tested for the virus, and requiring special garb and masks for visitors and any medical personnel to use when dealing with Sasha.

Valentin Cassadine (James Patrick Stuart) and Nina Reeves (Cynthia Watros) will continue to tend to Sasha, and Valentin and Finn will cross paths at General Hospital later in the week and possibly compare notes and brainstorm as to the question if Sasha could have been injected with the virus if everyone she has had contact with has tested negative for the virus.

General Hospital viewers are wondering when the other shoe is going to drop and if Cassandra Pierce (Jessica Tuck) will ever make her mark by sending that selfie she took of herself, Michael Corinthos (Chad Duell) and Sasha in Puerto Rico to someone, probably Valentin!

Hayden Barnes (Rebecca Barnes) fooled no one and especially not Finn when she told him she hoped she never saw him again in a recent General Hospital episode! Hayden very definitely and obviously is carrying a torch for Finn and she will not go unnoticed! Hayden will respond to an invitation to meet with Finn later in the week. General Hospital viewers have to wonder if the subject of Baby Finn will come up and what happened to him or her! General Hospital viewers will recall that she lied about miscarrying the baby to Finn!

Jasper Jacks (Ingo Rademacher) continues his agenda concerning Nina when he takes advantage of Nina’s worry over Sasha and reaches out to her in a vulnerable moment! He will likely offer to be the strong shoulder to cry on and try to establish a bond with himself in Nina by encouraging her to tell him her troubles and to talk to him about the things that are bothering her! It is highly possible he may want to use this bond as a door to his agenda concerning Valentin, and there is probably much more to that agenda than just business rivalry with Cassadine Industries!

General Hospital Spoilers: Nina And Valentin Tend To Sasha As She Recovers From Attack – Will Nina Still Care When Truth Comes Out