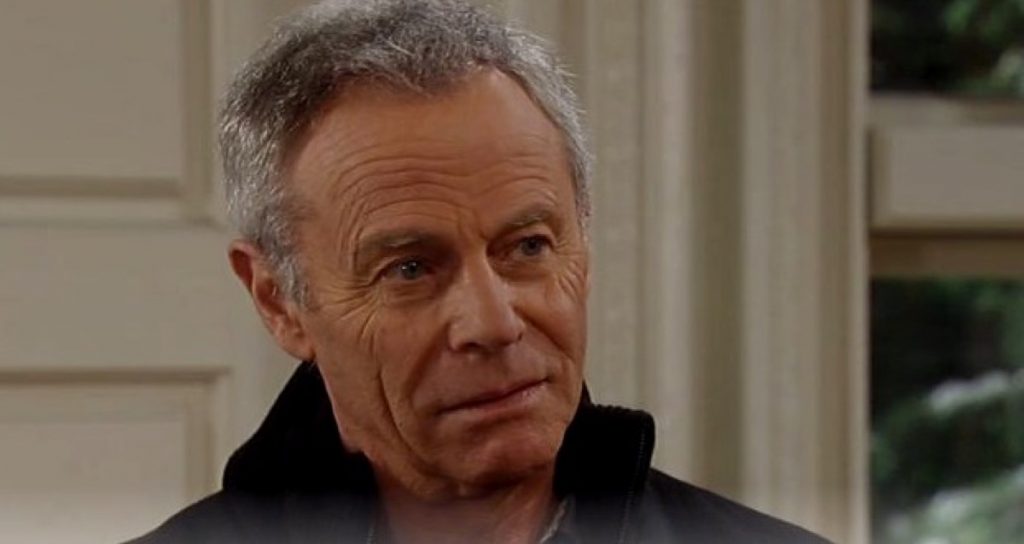 Welcome to your Friday August 9th General Hospital (GH) recap! We begin our day at Crimson Magazine, where Maxie Jones (Kirsten Storms) is complaining to Peter August (Wes Ramsey) about all the work she needs to do. Peter repeats back to her everything she said and they kiss.

At Charlie’s Pub, Robert Scorpio (Tristan Rogers) is meeting with Lulu Falconeri (Emme Rylan) to discuss Dante. Robert says he afraid he has some news to share about Dante.

At General Hospital (GH) Chase asks Elizabeth Webber (Rebecca Herbst) if she has heard from Cameron. She says she traced his phone to a house in the warehouse district. In the holding room, Cameron Webber (William Lipton) is crying as Franco Baldwin (Roger Howarth) reassures him he will be okay. Dr Cabbott injects him with a drug and starts the procedure.

Chase and Elizabeth rush in and are wondering what is happening. Chase arrests Shiloh while Liz tries to take off the device from Franco’s head.

At General Hospital (GH), Elizabeth, Drew and Cameron have brought Franco to Lucas Jones (Ryan Carnes). Lucas says they are going to run a series of tests to see what Dr Cabbott did to him. Liz is worried that Franco may not wake up, but Drew reassures her he will. Cameron tells Liz the message that Franco wanted her to have, that he loves her and will see her soon.

Epiphany says Lucas has a patient waiting for him, its Shiloh Archer. He messes with Lucas and keeps telling him that Wiley looks like him.

At Charlies Pub, Robert tells Lulu that her husband Dante has suffered a setback. Robert says they had move Dante to another WSB facility. He says that they have postponed the deprogramming indefinitely. Robert says he does not see Dante coming home, possibly ever.

Robert leaves and Lulu begins crying as Willow comes over to join her. Lulu tells Willow that she needs to understand what life is like with men who are drawn to danger. Lulu lists all the things that can go wrong when you are married to a cop.

At Crimson, Maxie is working on the wedding plans for Nina and Valentin. Maxie worries about the quality of the wedding and Peter reassures her it will be fine. Suddenly Robert Scorpio walks in and says funny she is with the man responsible for Dante’s setback.

Maxie defends Peter and says it’s her fault the shooting happened at the WSB. Robert says mark my words, this man will drag her down as far as he can go. he calls him a dirtbag and leaves quickly.

Lulu tells Willow how brave she was for leaving the DOD cult and it would make a great article. Willow gets a text that Chase is at hospital and runs out.

Cameron tells Drew that Shiloh and Dr Cabbott kept talking about a secret that only his old memories have.

Liz sits by Franco’s bed and tells him what a hero he is for saving Cameron. He walks in and says he blames himself for what happened.

Willow shows up at the hospital and Shiloh insults her and Lucas. Cameron sees him and charges over to attack him, but is stopped by Drew. He comforts Cameron who says he’s going to make him pay.

Lucas tells Liz that physically Franco is fine, but they don’t know about the memory transfer damage. …..flash to preview