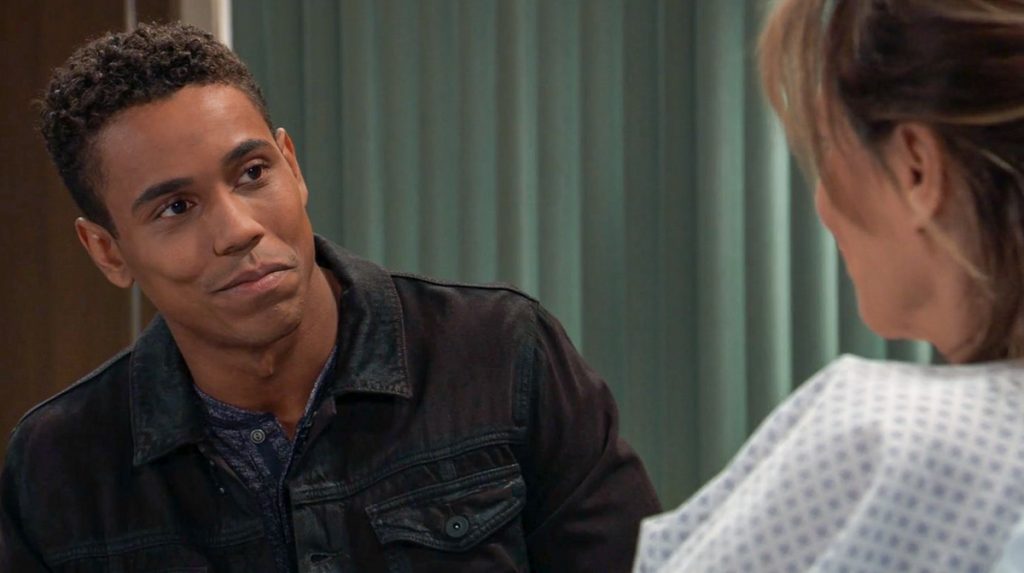 General Hospital (GH) spoilers tease that a romantic proposal is coming up on General Hospital. Ever since Halloween, TJ Ashford (Tajh Bellow) has been considering the right time to ask Molly Lansing (Haley Pullos) to be his wife. The two of them have been together for a long time, and TJ has even asked Molly’s mother, Alexis Davis (Nancy Lee Grahn) for permission.

Alexis pointed out to TJ that he didn’t need her permission, and that Molly would find it irritating that he asked Alexis. Molly would argue that the decision was her and hers alone. But Alexis did let him know that if Molly chose to accept, she would be thrilled and would support the union. But as Alexis pointed out, Molly may just not believe in the institution of marriage.

There is no doubt that Molly and TJ love each other. They have successfully been in a monogamous relationship for years, and truth be told, they are two of the most mature people in Port Charles. Both are on their way to successful careers, TJ as a doctor and Molly as a lawyer. All the ingredients are there for a happy and solid marriage.

General Hospital Spoilers – It will be up to Molly Lansing

That said, it will be up to Molly. She will have to decide if she needs a piece of paper to prove their love and commitment to each other. Molly will hopefully see that marriage is more than a piece of paper, it’s a declaration of love in front of friends and family. And the truth is, so many other couples in Port Charles could learn from their example!

Will TJ finally propose to Molly and will she accept? Only time will tell, but some romantic scenes are coming up, so