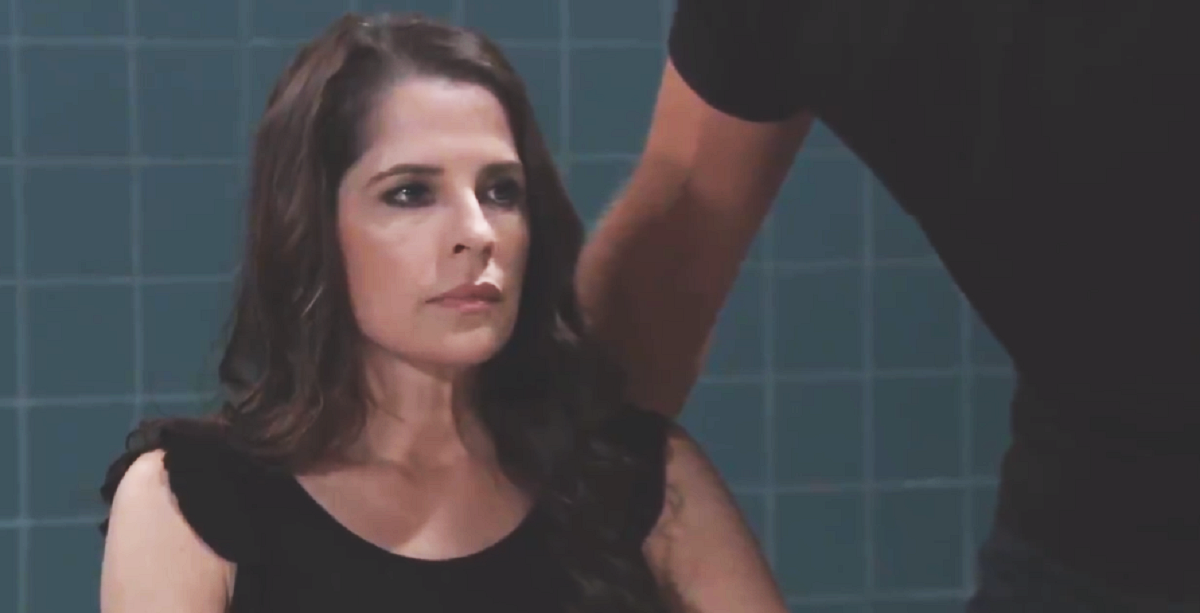 General Hospital (GH) spoilers tease Pentonville is about to get a new inmate, Sam McCall (Kelly Monaco)! Recently charged the murder of David Henry Archer AKA Shiloh (Coby Ryan McLaughlin), it looks like is going to be denied bail, which Pentonville is her next stop.

As viewers know, Sam is being framed by Peter August (Wes Ramsay) for the crime. While Sam did indeed shoot Shiloh with a flare gun, she did it to protect Jason Morgan (Steve Burton). But Peter has manufactured evidence that make it seem that Sam planned the whole thing! So for now, Sam is going to Pentonville while Jason scrambles to find evidence to free her!

Nelle Benson (Chloe Lanier) , Ryan Chamberlain (Jon Lindstrom) and Harmony Miller (Inga Cadranel) are currently serving time in the prison for various offenses. And while Nelle is probably too busy with her upcoming probation hearing to pay much attention to Sam, Ryan is another story entirely. 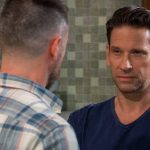 Their paths didn’t cross much while Ryan was terrorizing the town, but Jason is indirectly the reason Ryan didn’t get to escape in Canada with his beloved Ava Jerome (Maura West). But even if that were the case, Ryan doesn’t really need much reason to do the things he does.

Look for Sam to have a terrifying encounter with Ryan not long after she arrives. The serial killer is terrifying and if he corners Sam, she will most likely be terrified. Inside the prison walls, she will nowhere to run and hide, and will be forced to share the same confined spaces and that in itself if terrifying. But Sam may have a surprise protector.

Harmony was Shiloh’s must trusted Dawn of Day assistant until she finally saw the light and testififed against the cult leader. Her testimony is one of the main reasons that Shiloh was put behind bars in the first place.

But she carries a lot of guilt about her time with Shiloh, thinking that perhaps if she had taken action sooner, Sam wouldn’t be in this mess at all. Harmony has been in Pentonville for awhile now, so she should know the ends and out of the prison by now.

General Hospital #GH Rumor: Is It Possible Nina's Long Lost Child Was Actually a Boy? Could it be Dustin? @celebratesoaps https://t.co/7HS26EBGOs

Harmony might be able to help Sam manage life in prison and possibly even call for a guard if she witnesses Ryan terrorizing Sam. Furthermore, knowing the daily routine, she may be able to help Sam navigate her stay in prison, finding ways to avoid Ryan. She may also be able to introduce Sam to other inmates, who could potentially be allies to help keep Sam safe. Sam isn’t weak by any means, but prison life would be difficult for anyone to manage.

Will Sam run into Ryan or Harmony in Pentonville. Will Harmony provide assistance or protection to Sam? Or does Harmony hold a grudge herself. Some exciting scenes are coming up, so stay tuned to General Hospital, weekdays on ABC! And check back here regularly for all your General Hospital news and spoilers!