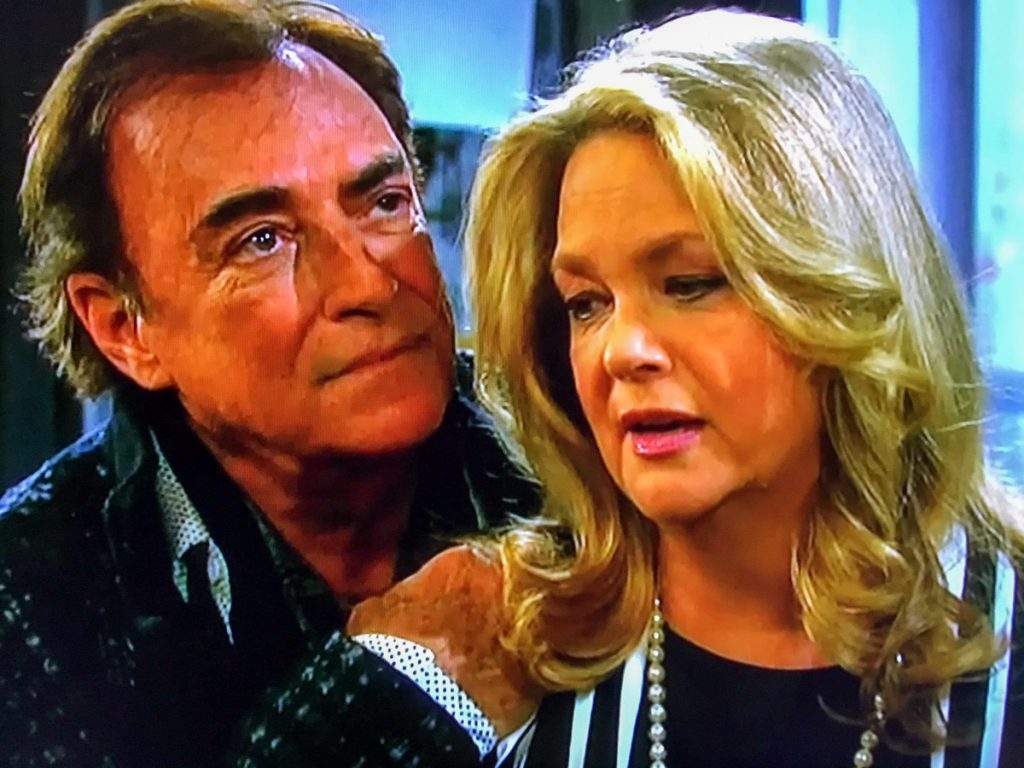 Looking back at her role as Anna DiMera on “Days of Our Lives,” Leann Hunley admitted that she didn’t welcome her pairing with Thaao Penghlis, who portrayed Tony DiMera. That time, she described her character as a “little innocent deer,” which she related to easily.

She added, “And I’m kind of like that in real life. I’m not challenging. I am more of a calming [presence]. And Thaao was used to being a little fiery. I was scared a little bit because he was demanding.”

Hunley said Penghlis is the kind of person who has a “tremendous sense of standards.” He’s vocal when it comes to doing the work correctly and yielding great results. Hunley has grown to love these qualities.

She recalled that everything started to fall into place when they started working with Arleen Sorkin and John de Lancie. They spent countless hours together, and they’ve grown to love each other collectively and individually.

Eventually, Hunley and Penghlis developed a bond that helped them become the supercouple that fans loved.

Hunley said “The people I talk to who are watching the show, the older audience, still want that.” She added that fans are looking for those kinds of relationships on screen and that’s why many of them love it when vets return.

She’d love to be back as Anna, and she wants viewers to enjoy their return and think about what could probably happen.

Days Of Our Lives Spoilers: Recent Issues At The Hospital Cause Kayla To Lose Her Job? @celebratesoaps #days #dool #daysofourliveshttps://t.co/wSYMR4WgWH

Hunley took on the role of Anna back in 1982 and her impeccable performance landed her a Daytime Emmy Award as Outstanding Supporting Actress in 1986.

Hunley’s win was a total surprise for her since she’s competing against great actresses. She didn’t expect to win and that’s why she didn’t attend the New York ceremony and filmed a guest appearance on “Hotel.” Although she’s sad about not being in the event in person, she’s proud to be able to pull it off.

After the win, her career took off. She appeared in several primetime gigs like “Highway to Heaven” where she worked with Michael London and “Murder, She Wrote” with Angela Lansbury, and had a three seasons run on “Dynasty.”

But Hunley revealed that “Days of Our Lives” will always have a special place in her heart and that’s why she always says yes, whenever she’s invited back to the soap.