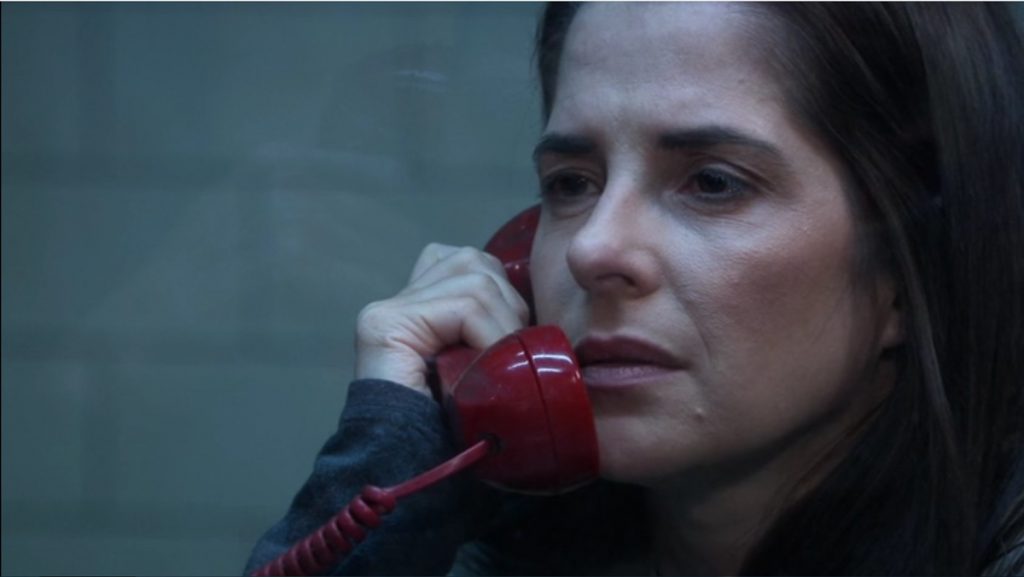 General Hospital spoilers tease that fans will be seeing a different side to Sam McCall (Kelly Monaco) in the coming months, but it might be one that we have seen before. Actually, make that a long time before. That’s because Sam is feeling rather guilty about some of her past actions and she believes that her old life as a grifter is catching up with her. What’s more, it might also be the reason why her family members are facing some serious problems in their lives right now. Here’s what you need to know.

Sam McCall is feeling just like her father. She can’t help but wonder if her past actions have led to her current situation, which is inside a cell at Pentonville with Nelle Benson (Chloe Lanier) as her cell mate. Surely, that’s not a place that anyone would want to be in, right?

General Hospital spoilers tease that in the wake of her parole hearing, Sam McCall will end up going in a very dark place, wondering if everything that has happened to her family lately is directly connected to her past as a grifter. And while no one knows for certain, it could be a possibility. As they say, what goes around comes around, right?

Thankfully, if there is one person that is always in Sam’s corner, it’s her would-be romantic partner Jason Morgan (Steve Burton). A lot of General Hospital fans are hoping that this next year will be the year that these two will finally realize how much they are meant to be together. If there is one person who can get Sam out of her funk, it’s definitely Jason. That is, if she doesn’t end up going rogue, which is another strong possibility. But then again, it would be fun to see Sam take a walk back on the dark side, right? Fingers crossed!

GH Spoilers: Is Sam Going To Take A Walk On The Dark Side Again?

With that said, General Hospital fans will certainly have to tune in to find out what will happen next. The soap airs weekdays on the ABC network. Check your local listings for times. And as always, come back right here for all of the latest news and updates right here!