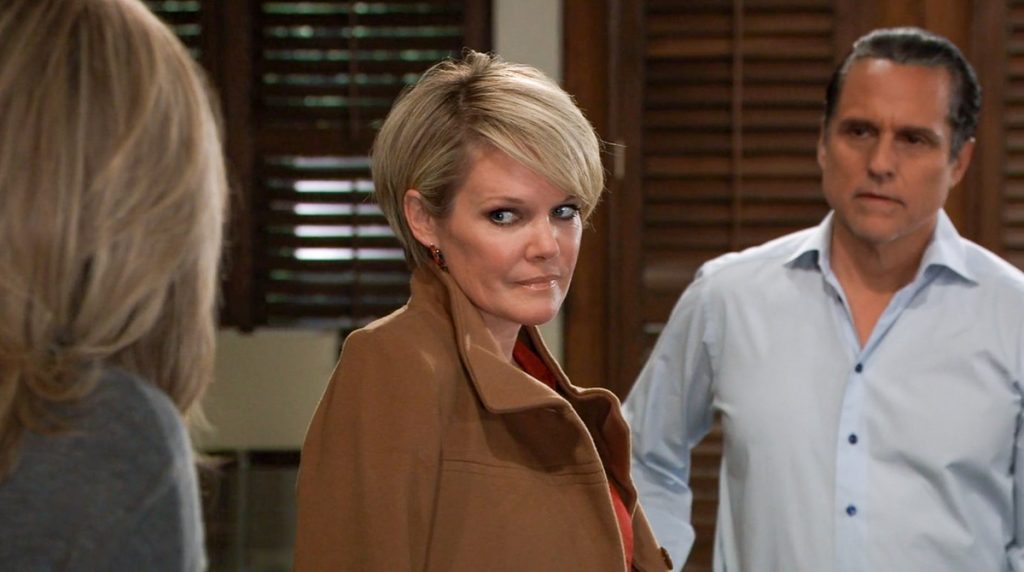 General Hospital (GH) spoilers tease that Ava Jerome (Maura West) is ready to get rid of Helena Cassadine’s (Constance Towers) portrait. But has she removed something valuable from inside it? Does it still contain the codicil to Mikkos Cassadine’s will?

Ava sent out invitations to everyone who has shown an interest in the portrait. Jasper “Jax” Jacks (Ingo Rademacher) received his text invitation first, showing it to Nikolas Cassadine (Marcus Coloma) and Carly Corinthos (Laura Wright). Laura Collins (Genie Francis) and Valentin Cassadine (James Patrick Stuart) also received an invitation to the auction? Pretty much everyone listed above has been searching for months for the codicil. Will the auction determine who gets the codicil, or has Ava outsmarted them all?

GH Spoilers – Ava Jerome and Nina Reeves are working together

It was Nina Reeves (Cynthia Watros) who finally realized that Ava wasn’t seeing things at Shadybrook. Nikolas inadvertently left behind his Cassadine ring. This proved that Ava wasn’t seeing things. She promptly checked herself out of Shadybrook and set up the auction. Nina explained to Ava why everyone was so interested in the portrait. The codicil is what everyone is after.

So as bidding takes place, it may not matter who wins the portrait. Ava will get a huge payout and whoever buys the portrait will just have the creepy portrait, with no sign of the codicil? She won’t want either Nikolas or Valentin to have it, after what they have put her through. Nikolas especially, has been particularly cruel to her. Perhaps she will give the codicil to the one person who has shown her nothing but friendship, and that person is Laura! It would be easy to see Ava repaying that kindness.

GH Spoilers – Who will win the portrait of Helena Cassadine?

Who will be the highest bidder for Helena’s portrait? And who will end up with the codicil. It’s anyone’s guess at this point, so stay tuned to General Hospital airing weekdays on ABC. And don’t forget to check back here regularly for all your General Hospital news, information and spoilers!

The Bold and the Beautiful Spoilers: Thomas Calls Family Meeting at Forrester Creations – Things to Get Very Complicated

Days of Our Lives Spoilers: Julie Helps JJ Get Sober, But How Will He Deal with Core Issues From Haley’s Death?