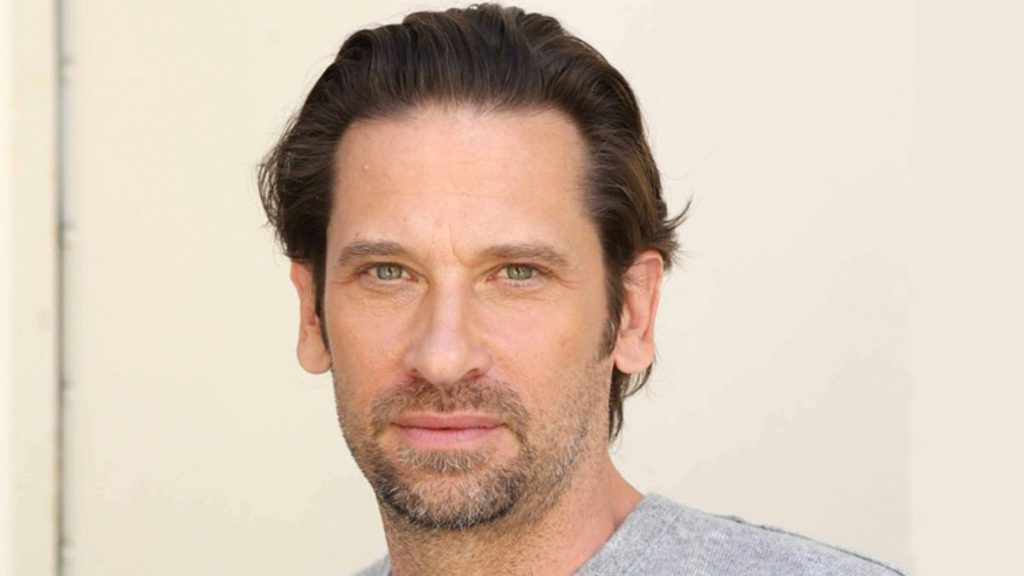 General Hospital spoilers tease that Roger Howarth certainly is the man of the hour, or maybe even two men of the hour as he takes on the role of memory mapping victim pre-2012 Drew Cain on General Hospital in Franco Baldwin’s body, in two separate interviews with Michael Fairman and in Soap Opera Digest.

In both interviews, Roger talks about what a good obstacle Franco getting Drew’s pre-2012 memories and personality will be to Franco and Elizabeth being able to stay together. He also notes that he likes the challenge of starting all over, in a way, with a new part and how it will affect different relationships Franco is involved in.

He says it’s been a lot of fun, and as far as the effect on “Friz” obstacles provide drama and keep viewers interested – even if some of the “drama” is between the fans themselves. General Hospital fans are already dividing up into FRIZ lovers and NewKrew lovers, thinking Kim and “Frankendrew” should be paired – which it sounds like they might be at least part of the time. Many fans are also providing drama wanting Franco to go back to his old self as soon as possible!

Roger admits to Michael Fairman that learning not to slip back into Franco is a little difficult at times; he notes that pre-2012 Drew stands differently, acts differently and reacts differently and even talks differently with phrasing and intonation. While he says that it is not intimidating to take on a new role for him, playing a new role within an old role, so to speak, has been interesting to say the least, and the set of tools he developed while playing Franco won’t work playing Andrew Cain. They share an exterior, but they are fundamentally opposite, so there are some challenges!

GH Spoilers – Roger’s Thoughts On How Elizabeth, Kim, And Elizabeth’s Boys Will Be Affected

Roger refers to the act of Franco sacrificing himself for Drew’s memories to be put into instead of teenage Cameron Webber (William Lipton) as an act of love, rather than an act of heroism. While he states he is a “fan of FRIZ” and loves any interaction between Elizabeth and Franco, he wouldn’t mind if Elizabeth fell in love with him all over again as Andrew, and Andrew reciprocated, although he does say it’s inevitable that Kim and Andrew will also be involved, but that they were just filming those scenes at the time of the interview and they’ll have to see how and where it goes. As of this writing, the younger boys, Jake Webber (Hudson West) and Aiden Webber (Jason David) don’t know what has happened to Franco; but he has loved interacting with the younger boys as Franco.

One thing Roger clears up is that Franco will NOT waver between the characters of Andrew Cain and Franco Baldwin. He will not have any of Franco popping up when he is Andrew, personality and memory-wise. He will be one-hundred percent CPO Andrew Cain mentally, memory, and personality wise, and one-hundred percent Franco only physically. Some fans and certainly Elizabeth Webber and the boys wish that were not so! It marks the end of FRIZ as they know them!

Roger says it has been great working with Billy Miller and Steve Burton, and that both actors as well as the General Hospital higher-ups have been very supportive of Roger’s character transition. He did make a rather cryptic remark about Billy, saying he worked with him on his last show but not his last scene. General Hospital viewers will have to keep watching to see exactly what that means!

He also says Steve Burton has been a big help to him. Lastly, Roger wants the fans to be supportive of “Frankendrew” and says: “I want to say that I really do appreciate the fans. Here is the thing, they’re down for everything. I hope they’re down for this. It’s a big ask, but I really hope that they like it.”